GH Spoilers: Chase Turns His Attention To Blaze — And Brook Lynn Doesn’t Like It 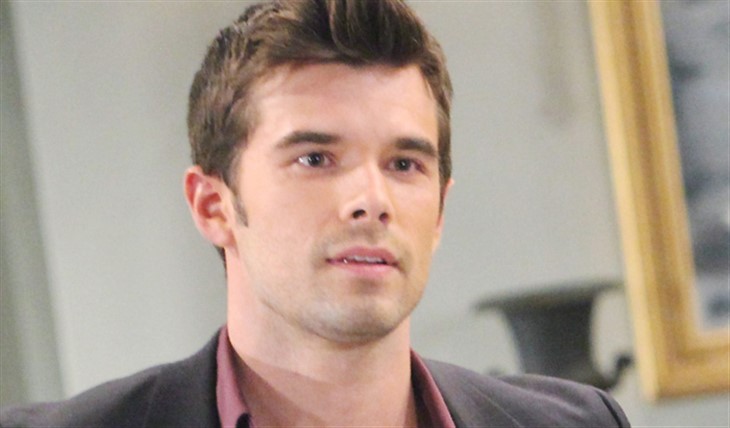 General Hospital (GH) spoilers tease, recently, Harrison Chase (Josh Swickard) sat down with Blaze (Jacqueline Grace Lopez) to get acquainted with her before the two threw down some beats together. As Linc Brown (Dan Buran) and Brook Lynn Quartermaine (Amanda Setton) looked on with pride at their alleged musical discoveries, Chase and Blaze got just personal enough to connect before their agents descended upon them once again. Chase can work with anyone, and that’s something Brook Lynn loves about him. That is — until he doesn’t like how well he works with Blaze.

Chase is hardly a workaholic. He knows when it’s time to kick back at the Metro Court pool and enjoy himself. In contrast, Brook Lynn rarely takes her work hat off. She’s always wheeling and dealing and looking for the freshest angle to attack her opponent or get the next leg up in the industry. Chase tends to find that part of her personality aggravating. When he’s off the clock, he wants to enjoy his time with his girlfriend and not feel like they’re always working. This is one of the downsides of working with your other half. The lines between one’s personal and professional lives can start to blur together.

Brook Lynn has struggled with feeling as connected to Chase when they’re working, and part of that is because she’s hidden the truth from him about how badly the PCPD wants him back and how she’s the lynchpin in his transition back to the force. B.Q. and Chase are flying high when they’re home playing house, but they haven’t worked as well together in the music business as of late.

Chase longs to put this fantasy world behind him and go back to being a boy in blue, and Brook Lynn resents him for even wanting to, wishing that he would embrace his newfound career as a musical superstar. When Chase takes an interest in working with Blaze, B.Q. is going to see that as her new advantage, and she will work that angle as hard as she can to keep Chase interested in making music. But when things take a turn and Blaze seems interested in Chase in a different way, Brook Lynn might wonder if she’s just pushed her man into another woman’s arms.

When Chase starts looking more interested in making music with Blaze than making love with Brook Lynn, B.Q. is going to second guess all of it. She wanted to be famous in the music industry again, and she thought riding Chase’s coattails would get her there. But now it’s looking like she might lose him in the process, which is ironic since she might lose him anyway for risking sabotaging his return to the PCPD. How is Chase going to feel about that? Will a hook-up with Blaze look like an easy way out of his relationship with Brook Lynn? Stay tuned for more GH news, updates, and spoilers!

B&B Spoilers: Douglas Isn’t Fooled By Thomas, Tells Brooke What His Dad Did?