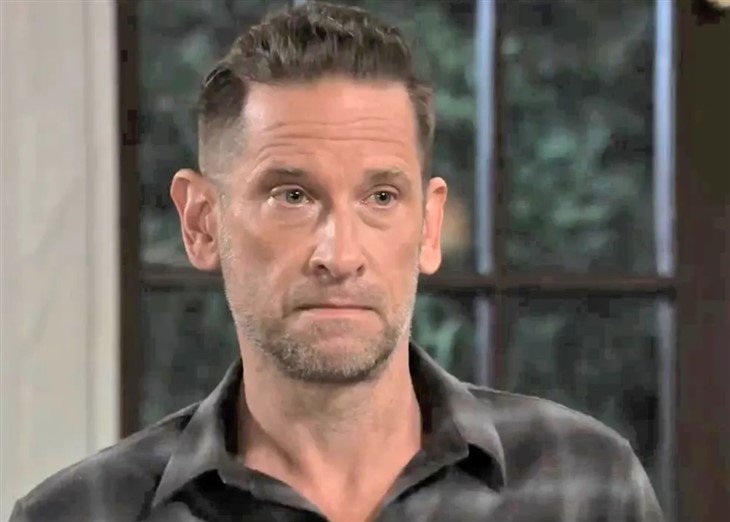 General Hospital spoilers reveal that something is not on the up and up with Austin Holt (Roger Howarth). Someone had hunted Austin down in Port Charles and demanded his return to Pawtauk. What is Austin up to? Is Austin on his way out of Port Charles?

General Hospital’s Austin has been stalked for some time by a strange man. Recently, on the Haunted Star, Austin was approached by a man who demanded he returns home. The man didn’t mention who sent him but threatened to drag Austin away if necessary. It appears that Jimmy Lee Holt (ex- Steve Bond) is not the only reason that Austin came to town.

A mysterious woman has summoned Austin home because his mission has failed. However, no one knows exactly what his mission was. Now Maxie Jones (Kirsten Storms) is being threatened if Austin doesn’t comply. Will Austin leave town to protect Maxie and her children?

General Hospital spoilers indicate that Austin may very well be forced to break Maxie’s heart to keep her safe. Austin doesn’t want to go back to Pautuck, but he may not have a choice about the matter. However, breaking up with Maxie beforehand could be very smart. If Austin isn’t involved with Maxie, perhaps she won’t be used against him.

Austin is very content, not only in his relationship with Maxie but in his job as well. The only person who realizes that things are not on the up and up with Austin is Damien Spinelli (Bradford Anderson). However, Maxie doesn’t want to hear anything that Spinelli has to say about Austin. Will Spinelli discover what Austin is hiding before it’s too late?

GH Spoilers Spinelli has loved Maxie since they were teenagers. Maxie and Spinelli almost got married years ago but Maxie changed her mind. Now that they are older and wiser, the couple may be able to make it in a lasting relationship. Maxie and Spinelli’s daughter Georgie Spinelli (Lily Fisher) certainly wants her parents together. Will Georgie get her wish?

Keep checking back with us for news and updates and of course, to see if Spinelli and Maxie finally get their happily ever after.