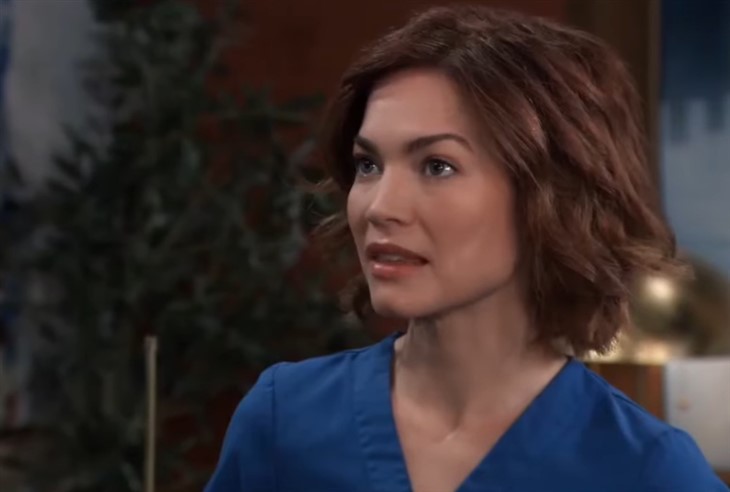 General Hospital spoilers for September 12-16, 2022, reveal Elizabeth finally wanting to know what’s happening to her and Jordan and Curtis finally learning something they should have already known.

General Hospital Spoilers – What Is Wrong With Elizabeth Webber?

But will she face it on her own and get professional help from a mental health professional or will she allow Hamilton Finn (Michael Easton) to dictate how she learns what happened when she was a teen?

But before Elizabeth does that, she has to admit some truths. No, she does not tell the cops that she can’t account for her time when Ava Jerome (Maura West) was stabbed, but she does tell Ava — letting her in on the fact that she is not sure if Nikolas Cassadine (Marcus Coloma) was really with her or not when Ava was attacked. Uh-oh.

It’s been over a year, but Stella Henry (Vernee Watson) finally remembers about those divorce papers she stole from Curtis (Donnell Turner) and Jordan Ashford (Tanisha Harper) but never actually mailed because she had a stroke.

With Curtis about to marry Portia Robinson (Brook Kerr), she knows she has to tell one of them the truth and thinks that Jordan might be the safer bet. Needless to say, Jordan is floored to learn she is still married to Curtis. Considering she is not the one who wanted a divorce, could this be good news to Jordan?

General Hospital spoilers show Dante Falconeri (Dante Falconeri) may be happily moved in with Sam McCall (Kelly Monaco), but his cop senses are always on high alert and something doesn’t sit right with him about Dex Heller (Evan Hofer). Will he bring his concerns to Sonny Corinthos (Maurice Benard)?

Now that Spencer Cassadine (Nicholas Alexander Chavez) is in jail and Trina Robinson (Tabyana Ali) knows that he had feelings for her, she has to discuss some things with Rory Cabrera. Will she tell Rory she wants to just remain friends?

And finally, there looks to be another stabbing victim and this time the attacker will get it right. Stay tuned to General Hospital weekdays to see how these stories play out.

Y&R Spoilers: Nick And Sally Do The Deed, Phyllis Is Caught