Days Of Our Lives Spoilers: Jack And Jennifer Clash Over Gwen And Lucas! 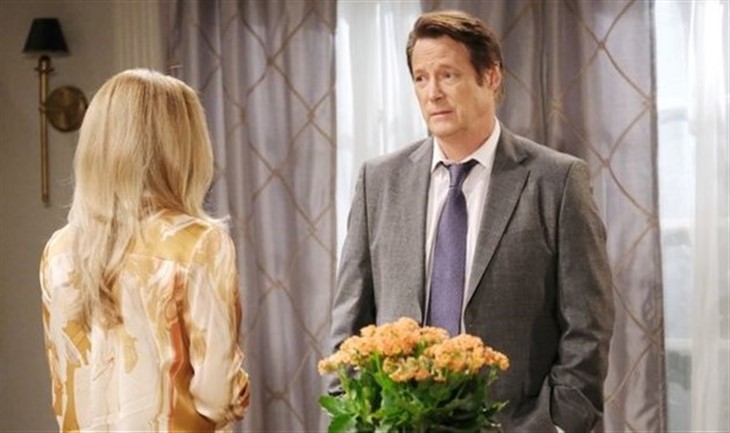 Days of Our Lives spoilers tease that Jack Devereaux (Matthew Ashford) and Jennifer Horton (Cady McClain) are united in their grief for their murdered daughter Abigail DiMera (Marci Miller). But as evidence begins to come to light, the two of them will definitely have their own opinions about who killed her. And two people that they are each close to will emerge as top suspects, which could pit Jack against Jennifer.

Days Of Our Lives Spoilers – Jennifer Horton Will Be Shocked About Lucas Horton!

Jennifer’s half-brother Lucas Horton (Bryan Datillo) will be shocked when she discovers that Lucas had both motive and opportunity to kill Abigail. Abigail was Lucas’ niece and he loved her very much. But right before her death, Abigail discovered that Lucas was the person who kidnapped Sami Brady (Allison Sweeney) last year. Although Abigail had originally planned to expose Sami’s kidnapper as her newest expose’, once she found out Lucas was the guilty party, she agreed to stay quiet. But once Lucas discovered that Abigail knew, he was furious. He proceeded to get blackout drunk and has no memory of anything that happened the night Abigail died.

DOOL Spoilers – Gwen Rizczech Would Normally Be The Number One Suspect!

Meanwhile, Jack’s half-daughter Gwen Rizczech (Emily O’Brien), and Abigail hated one another. She has vowed to make Abigail suffer and would be the number one suspect, except for the fact that she is currently serving time in prison. But Gwen may have been able to make a temporary escape from prison thanks to Ava Vitals (Tamara Braun). Once it becomes known that Gwen may have had an opportunity to kill Abigail, all eyes will turn to her. Except for Jack, who will always choose to believe the best in Gwen!

Days Of Our Lives Spoilers – Jack Devereaux And Jennifer Horton May Have Opposing Opinions!

While Jack continues to believe in Gwen, Jennifer will do the same for Lucas. Jack and Jennifer’s anger at the loss of Abigail may cause the two of them to have some angry debates. In the end, it’s unlikely that either Gwen or Lucas killed Abigail, but will Jack and Jennifer be able to come together after believing in each other’s prime suspects?

Did Lucas kill Abigail in a drunken tirade? Did Gwen find a way to leave prison long enough to kill her own sister? Or is the guilty party someone else? Anything can happen in Salem so stay tuned to Days of Our Lives airing weekdays on NBC. And don’t forget to check back right here regularly for all your Days of Our Lives news, information, and spoilers!