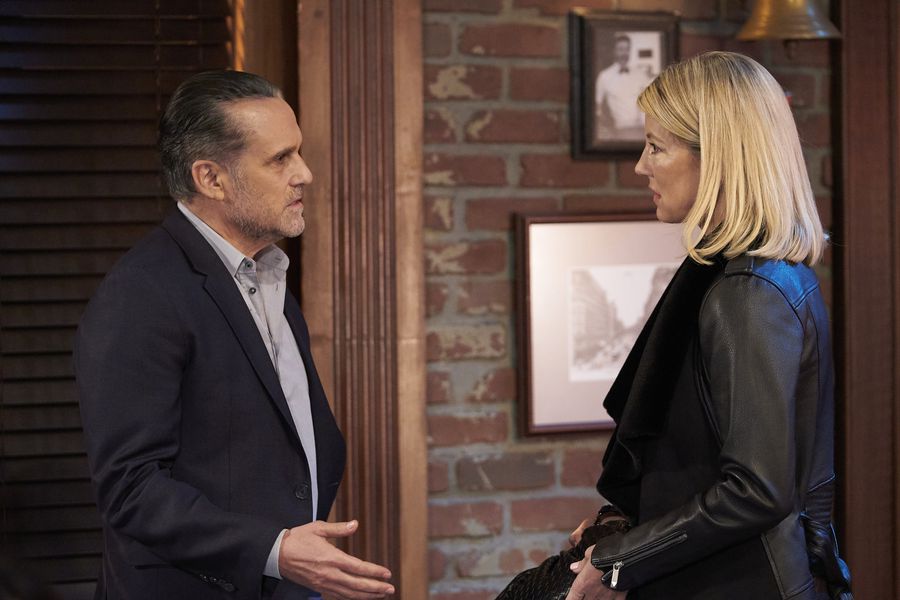 General Hospital spoilers suggest that Sonny Corinthos (Maurice Benard) will ask Nina Reeves (Cynthia Watros) to move in with him. Sonny invites new family drama instead of letting this die down.

General Hospital’s Sonny was very upset when Nina bought Carly Corinthos (Laura Wright) part of the Metrocourt. Sonny could have told Nina exactly how Carly would have reacted but she didn’t consult him. Now, several people believe that Nina has tried to stick it to Carly once again.

Nina didn’t have to tell Carly who bought the hotel. Nina could have just bought it and kept her mouth shut. Nina could have anonymously gifted the hotel back to Carly. However, Nina wanted praise for what she had done and got none. Nina could have given Carly more time to come up with the money herself. Nina should have stepped away and left well enough alone.

General Hospital’s Sonny has been living in his penthouse and it must get pretty lonely since he has been exiled from his family. Sonny wants to give his and Nina’s relationship a chance. Sonny could very easily ask Nina to move in with him. Will Nina move in with Sonny and start a life with him? Is Sonny leaning toward marriage again? Will Carly continue to push Sonny and Nina about their wrongdoing? Carly may be upset with Sonny right now but seeing him daily with another woman might not be so good. Will Sonny and Nina take their relationship to the next level?

GH Spoilers: Sonny Corinthos’ Penthouse Is Like A Revolving Door

General Hospital spoilers say Sonny penthouse has been his home with Carly, it has served as Jason’s home at one point as well. Sonny has so many memories there with Carly that it would have to uncomfortable living there with any other woman. Could Sonny decide to buy a house for Nina and himself?

Perhaps a new home for a new life? Moving in with Nina could also cause issues with Sonny bringing his daughter home because Carly will not want her around Nina. Will getting a place with Nina cause visitation issues with Carly? Carly and Sonny have never discussed this but what will happen if he wants to have another woman around their child.

Sonny has a lot to think about before he makes a huge mistake. Sonny knows how protective Carly is of her kids and this could cause a huge custody battle. Sonny certainly needs to ask himself some tough questions before he takes this next step.