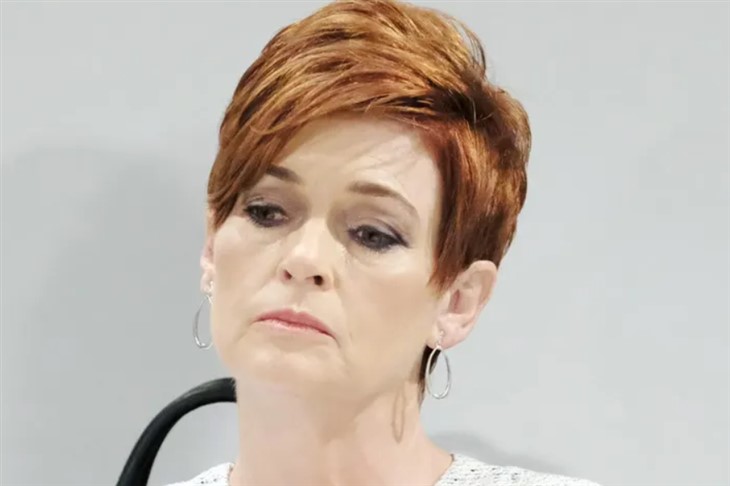 General Hospital spoilers for October 3 through 14 indicate that Avery Kristen Pohl will return as Esme Prince and will likely shock Ryan Chamberlain (Jon Lindstrom by dropping by for a visit. Victor Cassadine (Charles Shaughnessy) will continue to move forward with his plot as “The Hook” strikes again.

General Hospital spoilers reveal that Dex Heller (Evan Hofer) will be the subject of Dante Falconeri’s search. Josslyn Jacks (Eden McCoy) will be looking for Dex as well. Will Dex be found or can Sonny Corinthos (Maurice Benard) keep him under wraps until he gets the answers he is searching for? Will Diane Miller (Carolyn Hennesy) wake up in time to save Dex from Sonny’s wrath?

Diane will reveal that she heard bracelets and that the attackeFEr had a woman’s face. Later, it seems that Michael Corinthos (Chad Duell) and Josslyn will lash out at Sonny once Dex is found. Michael may have to come up with a way to keep Dex away from Josslyn though. Will Dante Falconeri (Dominick Zamprogna) file charges?

Spencer Cassadine (Nicholas Chavez) will find a new protector in Cyrus Renault (Jeff Kober) who has recently been housed in Pentonville again. Is Cyrus trying to score a favor from Sonny or Laura Collins (Genie Frances)? Meanwhile, Ava Jerome (Maura West) will visit Ryan before he gets a surprise visit, likely from Esme. Curtis Ashford (Donnell Turner) may be the next hook victim after a fight with Trina Robinson (Tabyana Ali).

“The Hook’s” newest victim on General Hospital will cause Jordan Ashford (Tanisha Harper) to come to a realization. Could Curtis be the next victim? After Brando Corbin’s (Johnny Wactor) funeral, Sonny will be focused on his relationship with Michael. Will Gladys Corbin (Bonnie Burroughs) give Sonny some much-needed insight? Sonny will issue a plea to Michael, will he give in?

Nicholas Cassadine (Marcus Coloma) may have a run-in with Esme. Nicholas may start with the upper hand but that won’t last long. Will Esme get her hands on Nikolas’ confession? Carly Corinthos (Laura Wright) will continue her fight to save the cemetery. Later Carly will get a surprise, is Drew Cain (Cameron Mathison) behind it?

Britt Westbourne (Kelly Thiebaud) will open up to Cody Bell (Josh Kelly) more about her past. Will these two finally come to terms with their relationship? Can Cody and Britt have a lasting relationship? Robert Scorpio (Tristan Rogers) will be extremely worried about Anna Devane (Finola Hughes) now that she is sleeping with Valentin Cassadine (James Patrick Stuart) and dealing with Victor’s new plot. What will Victor demand in exchange for allowing Valentin access to his daughter?