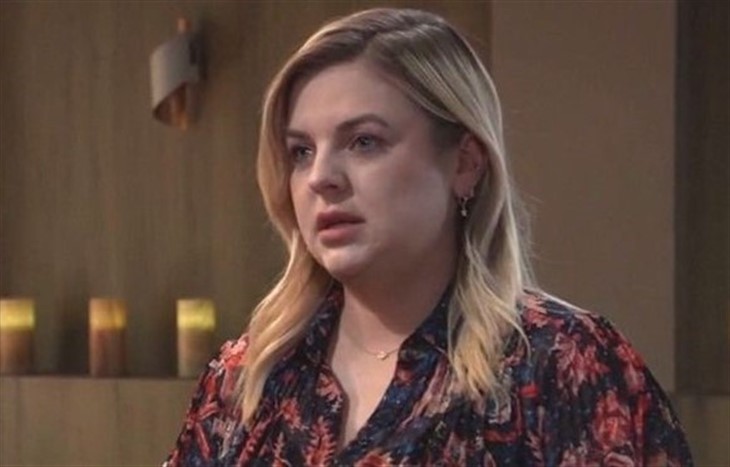 General Hospital spoilers tease that Maxie Jones (Kirsten Storms) has been smitten with Dr. Austin Gatlin-Holt (Roger Howarth) ever since he showed up just in time to deliver her baby in the woods! Maxie had been kidnapped by Peter August (Wes Ramsey), the baby’s father, and taken to an unknown location. Maxie escaped her captor and was alone in the woods when Austin miraculously showed up and delivered her baby.

Maxie had a difficult time trusting Austin, despite their initial attraction. Having been duped by Peter, Maxie was far less trusting when it came to romance. It didn’t help matters when Austin showed a devious side. Austin is the son of Jimmy Lee Holt (Steve Bond) which makes him a member of the Quartermaine family. But Jimmy Lee had been disinherited years ago, and Austin was determined to have that wrong righted. He certainly did some questionable things in the process although he eventually abandoned his claim.

Recently, Austin’s cousin Mason Gatlin (Nathanyael Grey) arrived in Port Charles and threatened Austin. He insisted that Mason come home because his plan to get a piece of the Quartermaine pie had failed. Austin refused, but Mason persisted. Mason could also be Captain Hook. Ava Jerome (Maura West) heard Austin and Mason arguing and although she really didn’t hear anything incriminating, Mason took after her. It was right after that when Ava was attacked!

General Hospital Spoilers – Maxie Jones’ Will Have To Make A Decision!

With so little information about Austin’s past known to her, Maxie may soon have to make a decision about a future with Austin. Maxie’s young daughter Georgie Spinelli (Lily Fisher) has taken an instant disliking of Austin. And while it’s possible that Georgie simply wants Maxie to reunite with Damian Spinelli (Bradford Anderson), there might be more to it. If Austin isn’t really a good guy, then Maxie needs to cut her losses before she gets any further involved with Austin. Mason doesn’t seem to be going anywhere anytime soon and it will likely only be a matter of time before he threatens Maxie and possibly her kids.

Are Maxie and Austin right for each other? Why does Mason want Austin to return home? Is Georgie right not in liking Austin? Anything can happen in Port Charles so stay tuned to General Hospital airing weekdays on ABC. And don’t forget to check back right here regularly for all your General Hospital news, information, and spoilers!