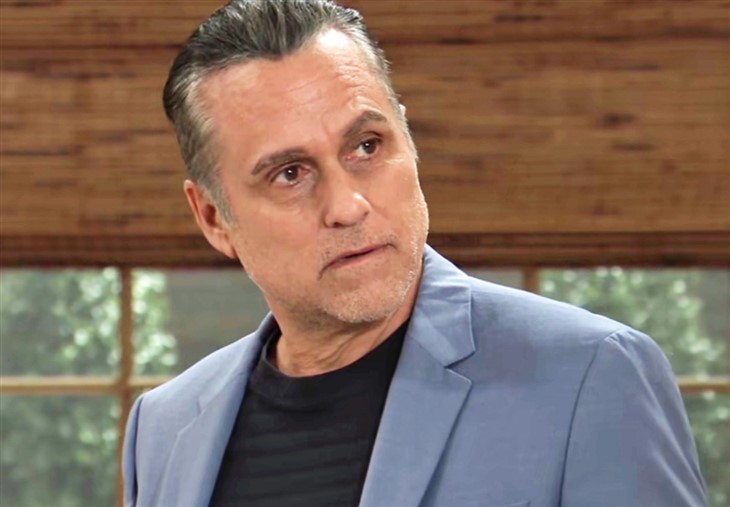 General Hospital (GH) spoilers reveal that Curtis Ashford (Donnell Turner) is suspicious of Jordan Ashford’s (Tanisha Harper) motives. There will be some bonding in the Quartermaine stables and distrust all around. Will Sonny Corinthos (Maurice Benard) help the PCPD to solve this case? Who will be the next victim of, “The Hook?”

General Hospital spoilers reveal Curtis Ashford (Donnell Turner) voices his suspicions to Jordan Ashford (Tanisha Harper). Curtis has no idea that his aunt Stella Henry (Vernee Watson) is the reason his divorce papers didn’t get mailed. Curtis is suspicious of why Jordan would not take care of this. In protecting his aunt, Jordan is destroying any trust that was left between her and Curtis. Is there any way for these two to come back from this?

Cody and Leo bond at the Quartermaine stables. Cody was hired to look after the horses and Leo loves to spend time there. Leo’s horse, Comet, was a gift from Valentin Cassadine (James Patrick Stuart). Cody has been friends with Dante Falconeri (Dominic Zamprogna) and Olivia Quartermaine (Lisa LoCicero) since he was twelve years old. Will Cody tell Leo stories about Dante while they bond over the horses?

Sonny Corinthos disagrees with Jordan. Jordan has learned that Josslyn Jacks (Eden McCoy) left Charlie’s before Brando. Brando was attempting to make sure that Josslyn was safe after she went into that alley after Dex Heller (Evan Hofer). Kristina Corinthos – Davis (Lexi Ainsworth) scared the attacker away. Are both of these ladies in danger from, “The Hook?”

Dante doesn’t trust Dex and never has. Of course, Dex is playing the same game that almost got Dante killed years ago. Dante was a plant in Sonny’s organization before as well. Dante knows how ruthless Sonny can be when he has been crossed. However, Dante has no idea that Michael Corinthos (Chad Duell) planted Dex there. Will Dante learn the truth about Dex’s involvement with Sonny? Can Dante save Dex before it’s too late?

General Hospital spoilers reveal Britt will meet Brad Cooper (Parry Shen) at the Metro Court pool to discuss her love life. Britt likes Cody Bell (Josh Kelly) but is suspicious of him all the same. Cody is way too interested in Britt’s father and his shady dealings. Britt saw more than she bargained for when she went on the run with her father years ago. Should Britt pursue this relationship?

B&B Spoilers: Hayes Medical Crisis, Sheila Only One Who Can Save Baby?

Days Of Our Lives Spoilers: Stefan O. Shakes Everything Up In Salem