GH Spoilers: Josslyn Vents To Trina, When Is The Violence Going To End? 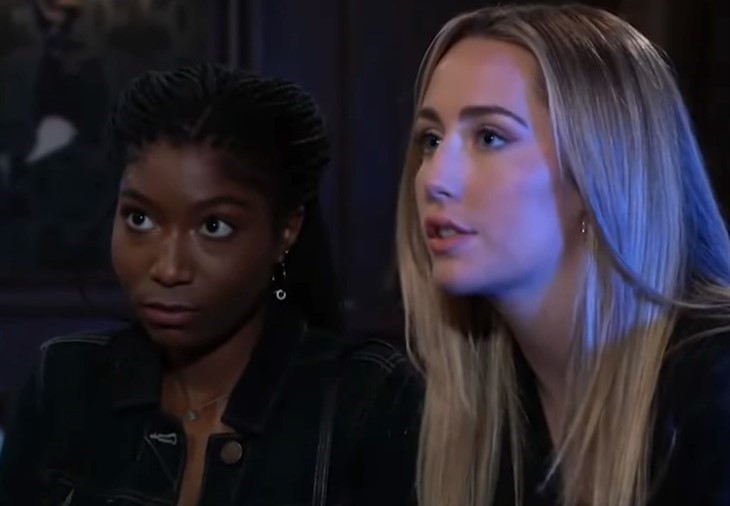 Josslyn is reeling when she hears about Brando being attacked the same way that Ava Cassadine (Maura West) was although police still aren’t sure of the weapon. But what really upsets her is learning he was concerned for her safety, following her that night at Charlie’s Pub when she was trying to return Dex Heller’s (Evan Hofer) sunglasses. Apparently the hook attacker was nearby when she was, and it could have been her if he hadn’t followed her.

The buzz around Port Charles now is that there may be a serial killer and no one is safe. Her mind tells her she shouldn’t feel guilty because Brando was attacked following her out of protection, but her heart is hurt anyway.

Trina is upset too, especially after finding out that the victim could have been Josslyn instead of Brando, who she doesn’t really know. Josslyn doesn’t know Brando real well but she knows he’s related to Sonny Corinthos (Maurice Benard) and he married Michael Corinthos’ (Chad Duell) ex-fiancée Sasha Gilmore (Sofia Mattsson). She also remembers he was Dev Corbin’s (Ashton Arbab) fake father, thanks to Sonny’s shady deal with Gladys Corbin (Bonnie Burroughs). Brando also saved her mother, Carly Corinthos’ (Laura Wright) life when the Corinthos Coffee warehouse was attacked by Cyrus Renault’s (Jeff Kober) gang; she was there on the docks too.

General Hospital Spoilers: When Will The Violence End?

Josslyn hasn’t been this scared since Cyrus Renault was terrorizing Port Charles, and Trina remembers those days clearly. She was kidnapped by his hoodlums along with Cameron Webber (William Lipton) and they were rescued by Jason Morgan (Steve Burton) and her father, Marcus Taggert (Réal Andrews). Josslyn cries, which is unusual for her, but she just wants to know when the violence will end, this on top of not hearing from her mother and only getting voicemail.

She knows that Carly took a flight to Aruba and may simply be out of range, but she can’t help but worry that she could have been attacked too. This attack happened the same evening she went to the airport from Charlie’s Pub to catch her flight-and Josslyn can’t stop herself from thinking the “what ifs”?