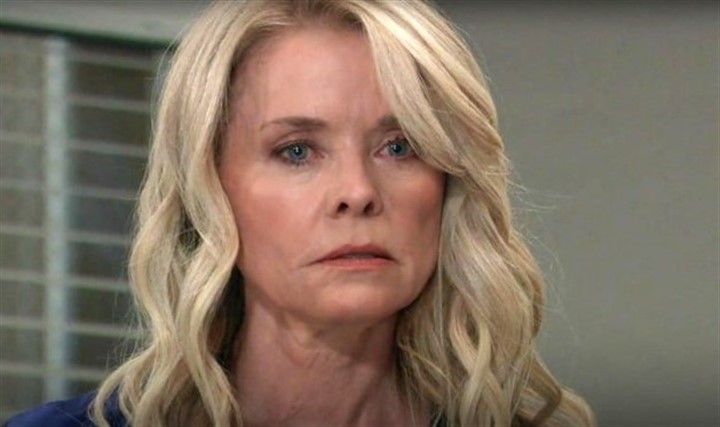 General Hospital (GH) spoilers hints Esme Prince (Avery Kristen Pohl) is back in town with a vengeance. She’ll be furious with her father, Ryan Chamberlain (Jon Lindstrom) for not even attempting to come to her rescue. Finally, the tables have turned and Esme has the opportunity to lead Ryan, instead of the other way around. Might she use this newfound power to unearth who her mother is?

General Hospital Spoilers – Where Was Ryan Chamberlain When His Baby Girl Fell To Her Presumed Death?

After falling off the parapet at Wyndemere during a wrestling match with Ava Jerome Cassadine (Maura West), Esme likely expected her dad would reach out. Sure, he’s locked-in for all intents and purposes, but he has connections. Esme was sure this would’ve been a time to use them. Apparently, not. His lack of concern for her wellbeing will leave Esme questioning whether Ryan cares for her at all, and she might want him to prove his love.

Esme might play nice with Ryan, but she also might be playing him in general. Ryan’s no dummy though. He’ll catch on to this. Whether he truly cares about losing Esme — or he’s just in no position to lose his chess piece — remains to be seen. However, he will probably plead with Esme not to abandon him, and Esme will demand her needs be met. All she’s ever wanted is to know who her mother was, and Ryan will tell her.

Thus far, Ryan has held strong that he doesn’t know the name of Esme’s birth mother, but that’s about to change. Could it be that Ryan just didn’t want Esme to ruin the plan he has in place to reveal it all himself? Might the delusional psycho still believe he stands a chance with Ava, and that her learning he fathered a child with someone else could push her away? Whatever his reasons, he’ll have no choice but to fess up and admit Felicia Scorpio (Kristina Wagner) is Esme’s mother.

Years ago, Ryan — going by the name Todd Wilson (Jon Lindstrom) — kidnapped Felicia after she witnessed him kill his wife, Gloria Wilson (Julia Ambrose). When Felicia awoke days later, she was miles away from home and suffering from amnesia. So she didn’t remember anything she knew about Ryan, going by the new name he then adopted. Ryan went on to become completely infatuated with Felicia, but she eventually regained her memory and flew the coop.

Could Ryan have raped Felicia and led her to give birth to a baby girl she later put up for adoption? Might Felicia have already been pregnant by Mac when she was kidnapped, but gave birth later and gave the child up thinking it was Ryan’s? It would certainly align well with Mac and Felicia’s recent conversations about never having a child together of their own. Either way, Felicia would’ve needed help facilitating that kind of adoption and making doubly sure the child would never learn of who their father was, and it’s most likely she went to Ryan’s trustworthy twin, Dr. Kevin Collins (Jon Lindstrom) for help.

If Kevin and Felicia have been harboring this secret all these years, what will happen when Mac finds out? Do you think it’s possible Esme isn’t even Ryan’s child at all? Let us know! Keep watching GH every weekday as this story develops. In the meantime, check back with us regularly for more GH spoilers!

Sister Wives Spoilers: Kody Brown Proclaims He Is the Head Of The House