General Hospital Spoilers: Esme’s Scheme To Pull A Reluctant Victor On Board 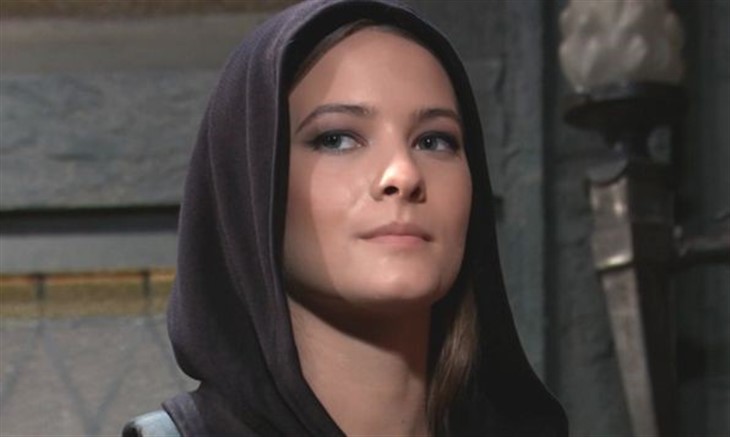 General Hospital spoilers and updates reveals thus far, Esme Prince (Avery Kristen Pohl) has only told one person she is expecting a baby — the alleged father, Nikolas Cassadine (Marcus Coloma). She’s in need of cash and a place to stay, and Nikolas has plenty of dollar bills and bedrooms to part with. Her big reveal brought more than just the news that she was alive, but that she was carrying Nikolas’ child. A new little prince is allegedly on the way, and fans can count on Esme using that to her advantage at every turn.

General Hospital Spoilers — The Walls Of Wyndemere Are Always Listening

Victor Cassadine (Charles Shaugnessy) has been hard pressed to get Nikolas to divorce his wife, Ava Jerome Cassadine (Maura West). Thus far, Nikolas has resisted, but those tides may soon turn. As Esme forces her way back into residency at Wyndemere, she’s going to be lurking the halls and listening for her next potential mark to make itself known, and that’s just what Victor will be.

Upon hearing how at odds Victor and Nikolas are with each other, Esme considers that she may be the missing link that could help Victor get what he wants — the Cassadine fortune. Esme has the ammunition Victor needs to force a divorce between Ava and Nikolas. Whether they will reveal the pregnancy to Ava in hopes that she files for divorce, or they blackmail Nikolas into turning Ava away to keep the pregnancy under wraps from everyone remains to be seen. However, Esme is certain to find an inroad with Victor.

According to General Hospital spoilers, Esme might have a seemingly good plan mapped out on the surface, but Victor may not jump to be her accomplice right away. He’s more inclined to mull things over and feel out other potential prospects for claiming the Cassadine fortune before having to share any of it. Although, he would certainly look as Esme as being disposable later anyway.

When Esme approaches Victor with her hand steadily rubbing her baby bump, he’s going to put two and two together. Still, Victor might worry that Esme’s pregnancy isn’t from the fruit of a Cassadine at all. Will that matter to him? Not necessarily. All that matters is that Nikolas believes it’s his child, and that everyone else will, too.

When Victor realizes that Esme has Nik over a barrel, he may not be able to resist jumping in on this fun. If Esme’s womb holds a potential heir to the Cassadine throne, Victor may even consider taking Spencer out of the equation to give himself a more direct line to Cassadine funds. Let us know how you see the working relationship between Esme and Victor shaping up, and stay tuned for more GH news, updates, and spoilers headed your way.

B&B Spoilers: Ridge Proposes To Taylor, What Kind Of Wedding Will They Have?