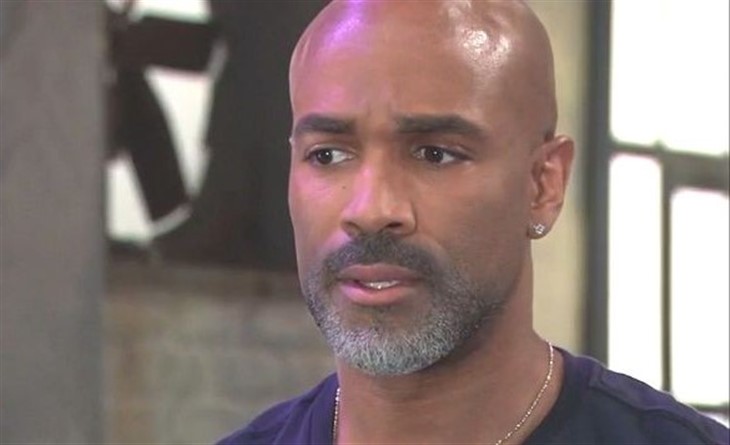 General Hospital spoilers reveals Curtis Ashford (Donnell Turner) wasn’t going to find out the truth about his genetics. His dad came back into his life last year, and it has meant the world to him. However, learning that Marshall Ashford (Robert Gossett) has Schizophrenia, and developed it when he was quite young, has led Curtis to deliberate heavily on whether or not he should have children with Portia Robinson (Brook Kerr) — at least whether he should be the biological father of those children. As the results of his genetic screening test come back, Curtis is going to be overwhelmed with processing them, and Portia might convince herself that’s all the more reason not to add to his grief.

Curtis could find out that he is a genetic carrier for Schizophrenia. This means if he has a child, they could develop the disease. Curtis and Portia might struggle with whether they should play God and decide not to have children at all merely based on this risk. They might also waffle back and forth on what adoption or other methods of parenthood could look like. While Curtis is dealing with the grief of the result, Portia will secretly be dealing with what they mean for the child she and Curtis already have together that he doesn’t know about.

Portia will never look at Trina Robinson (Tabyana Ali) the same again. Every time she sees her, she’s concerned. Every mood swing or emotional upset will make Portia worry something more is festering beneath the surface. Can she really go on living this way pretending the ticking time bomb inside her daughter isn’t there for the sake of saving a relationship she probably doesn’t deserve with Curtis?

Portia would never leave Curtis just because he has the markers for Schizophrenia. The two of them might face some difficult decisions about whether or not they want to have their own biological children together though. That’s the only decision Curtis is expecting to have to make. Portia, on the other hand, knows she now has to face the tough choice of whether or not to tell the people she loves that she betrayed all of them so many years ago.

When Portia was married to Marcus Taggert (Réal Andrews), she had an affair with Curtis and conceived Trina Robinson (Tabyana Ali). She let Taggert believe it was his child and raised Trina with him, while she is really Curtis’ daughter. Now, not only does Portia risk ruining her impending marriage to Curtis before it starts, but she may also lose her daughter in the process — who will have to contend with a possible diagnosis herself someday. Stay tuned for more GH news, updates, and spoilers just ahead.