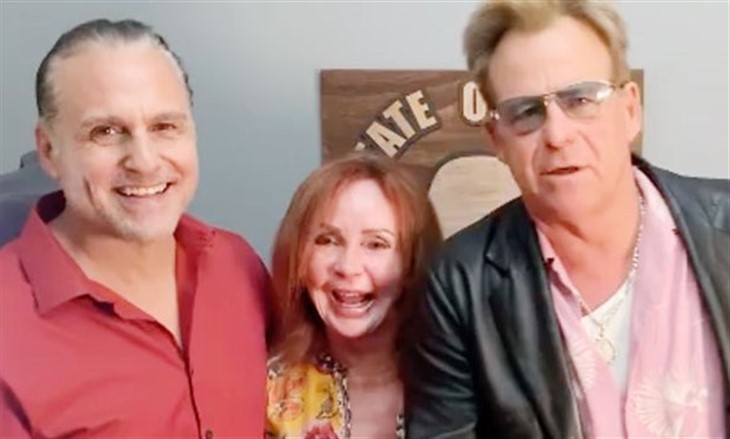 General Hospital’s Maurice asked Kin and Jackie to tell him about their auditions for G.H. Jackie says she was on One Life to Live as Lana McClain, 1976 – 1977. Zeman says that was why she was offered the role of Bobbie on G.H. Jackie says her first audition was for Ryan’s Hope. Jackie says back then you drove to the studio and got your part two minutes before the audition. Jackie says she thought she had lost the role after the person she was reading for answered their phone in the middle of her monologue. Jackie says back then you made $75 a week which was good money. Jackie was offered the part on Ryan’s Hope and One Life To Live and had to decide between them. This was what got her started on her road to General Hospital.

General Hospital’s Kin says he met with the producer, Tom Donovan. However, there was no scene to read, they essentially just talked. Shriner says he invented Scotty himself. Shriner says he had big movie plans until he had been on the set a couple of days, then he decided he loved G.H. Two shows turned into a three-year contract.
General Hospital: In Comes Gloria Monte

In 1978, Gloria Monte was brought in to improve General Hospital’s ratings. Shriner says that Monte chanted how soaps were being done by editing, going outside, and going very young. The Laura, Scott, and Bobbie triangle was a huge help. Jackie discusses love scenes and backstage antics. Shriner discussed some exciting scenes as well.

The episode continues Sunday on State Of Mind for part two of Jackie and Kin’s interview.