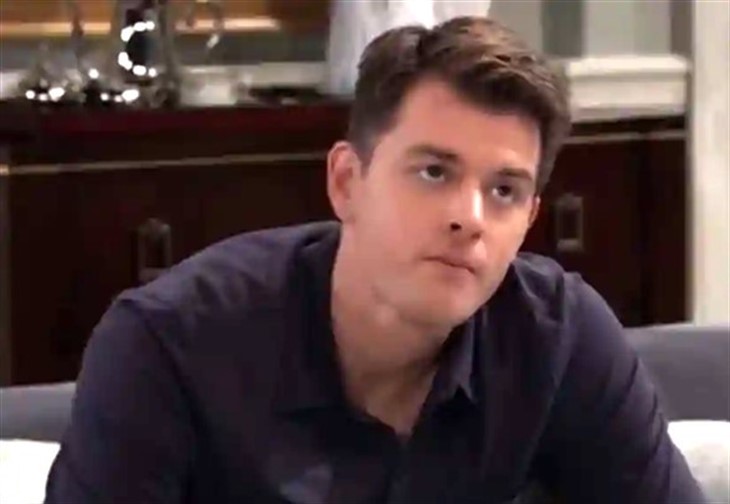 But that is not the only issue that Epiphany will be dealing with in Monday’s episode of General Hospital – she is very angry as she tells someone with long light brown hair that they’re about to reach their limit! Could Esme Prince (Avery Kristen Pohl) be at General Hospital stirring up some trouble – does Epiphany catch her trying to get more pain pills?

General Hospital viewers will also see Shawn Butler (Sean Blakemore) talking to someone at the Metro Court, telling a friend that another person, a female, doesn’t share his concerns!

General Hospital viewers know he just said goodbye to Alexis Davis (Nancy Lee Grahn) on his way to set up that west coast office of The Banner, that he’d purchased from Llanview’s Victoria Lord (Erica Slezak) off screen; could he be talking about Alexis?

Meanwhile, over at Charlie’s Pub, Nina Reeves (Cynthia Watros) is talking to Phyllis Caulfield (Joyce Guy) about the Wiley Corinthos (Viron Weaver) situation. She tells Phyllis that she wishes that Michael and Willow would realize that – likely meaning that not seeing his maternal grandmother could affect the tot.

General Hospital Spoilers – Michael Corinthos Finds Himself In Some Trouble

General Hospital viewers will recall Michael is in quite a bit of trouble after punching out Smoltz (David Lautman) at General Hospital right in front of Police Commissioner Jordan Ashford (Tanisha Harper)!

The Corinthos family attorney, Diane Miller (Carolyn Hennesy) is on the scene as Michael wants to know what Jordan is doing to catch the bastard who ruined his sister’s life! Meanwhile, Carly stops Alexis in her tracks as she tells her if she means “that” – she will not publish this story!

It sounds like Smoltzy Smoltz has made his way over to The Invader pushing his umbrella story about the sex tape of Josslyn Jacks (Eden McCoy) and Cameron Webber (William Lipton) and Michael “breaking Smoltz’s face” and being arrested!

General Hospital viewers will also see that the news of Michael’s arrest over Josslyn’s sex tape dilemma has obviously reached Sonny Corinthos (Maurice Benard) as well, and he’s at the PCPD to offer Michael his love and support! General Hospital viewers will see Sonny rejected totally by Michael, as he doesn’t want any of his help or anything else from him because he chose Nina over his family!

Sonny is losing it, and frustrated and hurt screams at Michael and asks him what DOES he want – like General Hospital viewers will recall when AJ Quartermaine (Sean Kanan) was shot and killed, he just wants Sonny gone!

Sister Wives Spoilers: Christine Brown And Relationship With Other Wives