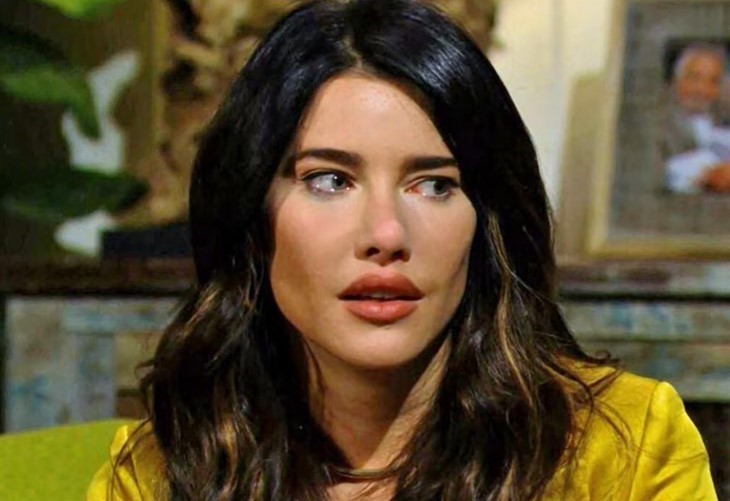 The Bold and the Beautiful (B&B) spoilers for Monday, March 21, 2022, reveal Steffy trying to get to the bottom of whatever is going on with Thomas.

The Bold And The Beautiful Spoilers – Brooke Logan Wants Her Man

Steffy Forrester Finn (Jacqueline MacInnes Wood) knows her brother can often act strange and she certainly knows when something is bothering him. Well, now he is acting stranger than ever so something really has to be on his mind. However, Steffy also knows when Thomas Forrester (Matthew Atkinson) acts strange, bad things can happen and she worries that Thomas’s mind may be going again.

The last time his mind was having issues, he thought a mannequin at Forrester Creations was really Hope Logan Spencer (Annika Noelle), and even took the mannequin home to dress her, cook her dinner, and make out with her. And that had a chain reaction that pretty much took Vinny Walker’s (Joe LoCicero) life, so if there is something going on in Thomas’s mind, Steffy wants to know.

However, she probably is not expecting to hear what is really affecting Thomas so much. She thinks things are on the up and up with the latest Bridge breakup, but that’s the furthest thing from the truth and Thomas knows that. And that’s the whole problem. She wants her parents together, but does she really want to hear what Thomas has to say?

As for Thomas, he still doesn’t know quite what to do. He can tell Steffy what is going on and at least get things off his chest. Let her decide if they should tell Ridge Forrester (Thorsten Kaye) how Brooke Logan Forrester (Katherine Kelly Lang) really got drunk on New Year’s Eve. Steffy is better at making these decisions than he.

But Sheila Carter (Kimberlin Brown), who is crazy and dangerous, did warn him not to tell anyone or he could face his wrath. Did she mean don’t tell Brooke or Ridge or don’t tell anyone? Surely, Sheila would never learn if he unburdened himself with his own sister. Considering how relentless Steffy is, it looks like that is about to happen. Stay tuned to The Bold and the Beautiful weekdays to see how these stories play out.