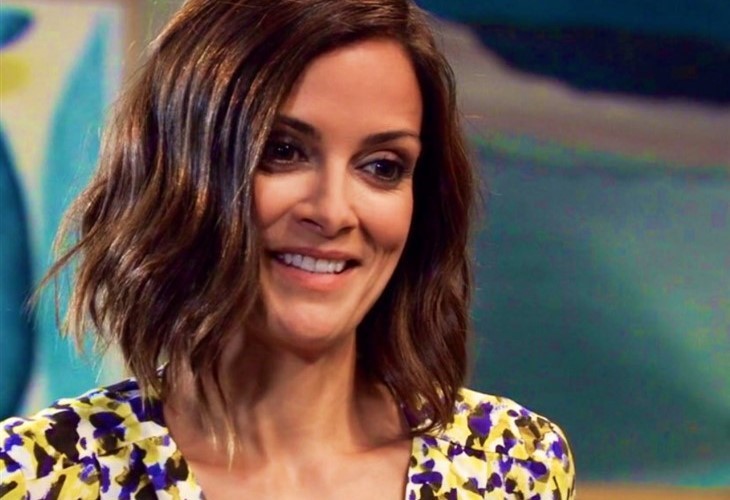 General Hospital spoilers reveal Hamilton Finn continuing to raise Violet Finn as a single parent because it feels like the soap is never going to get around to telling us where her mother is.

General Hospital Spoilers – What The Heck Happened To Hayden Barnes?

It’s been nearly three years since Nikolas Cassadine (Marcus Coloma) ran Hayden Barnes (Rebecca Budig) out of town on false pretenses, forcing her to leave her daughter, Violet Finn (Jophielle Love), in the care of her father, Hamilton Finn (Michael Easton), and his then-fiance, Anna Devane. What happened to her since then is anybody’s guess. Every time we see Violet, we are reminded she has a mother out there who loves her and it would be nice if GH remembered that she exists.

As Finn and Hayden actually had chemistry as opposed to Finn and Elizabeth Webber (Rebecca Herbst), any time would be a good time for Hayden to return. First, she needs to reunite with her daughter already and explain her absence. But she also needs to learn that the man she almost married and shares a child with is now obsessed with her sister and creepily obsessed at that.

GH Spoilers – Why Did We Care About Hayden Barnes’s Mother?

For some reason, GH decided to re-introduce Hayden’s mother to the picture last year and then murder her under mysterious circumstances. That story lasted about a week and then we never heard about it again. It was the strangest type of story to drop, but that is what GH seems to do these days — introduce a story and then leave fans hanging for six months to a year (or more).

We also knew someone mysterious was being held captive not far from Drew Cain’s (Cameron Mathison) cell, but we never found out who it was. Some fans suspected it might be Hayden, but again, that story was dropped without another word. Even the subject of who had her shot back in 2015 became prominent again next year, but again, that was also dropped and Nikolas Cassadine still hasn’t paid the price.

While it takes a while for GH to complete stories since too many are going on at once with too many characters floating around, this one missing character is glaring and something needs to be done about it sometime soon. Stay tuned to General Hospital weekdays to see if the show ever fixes this mess.