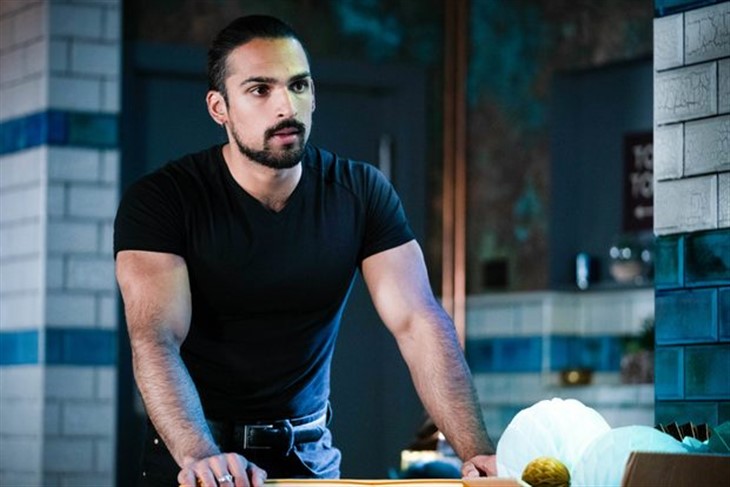 EastEnders spoilers, news, and updates tease that Ravi Gulati’s (Aaron Thiara) secret identity has finally been revealed. Shocking scenes showed that Ravi was actually Nish’s son and is part of the Panesar family.

In recent episodes, it was unveiled that Ravi was having an affair with the late Ranveer Gulati’s (Anil Goutam) wife, Dr. Nina Gupta (Hersha Verity). The pair came up with a plan to steal Ranveer’s money. Their scheme became more complicated after Ravi murdered Ranveer after the latter attacked Suki Panesar (Balvinder Sopal). Ravi also made Suki believe that she was responsible for Ranveer’s death. She had no idea that he was still alive when she left him.

Ravi’s manipulation of the Panesar Family continued. He found a way to make them attend Nugget Gulati’s (Juhaim Rasul Choudhury) birthday party. At the party, Kheerat Panesar (Jaz Deol) asked why Ranveer couldn’t attend the family gathering, and Ravi managed to come up with an excuse. Ravi and Kheerat continued to clash, so the former eventually snuck out of the party to visit someone in prison.

Ravi secretly visited Nishandeep “Nish” Singh Panesar (Navin Chowdhry), Suki’s husband, who has been in prison for decades. He filled him in on what was happening with the Panesars. That’s when he referred to Nish as his dad. Will Ravi reveal to the rest of the Panesars that he’s part of the family? What is his true agenda?

Spoilers hint that Ravi will feel rejected after Nish tells him that he wants to see Kheerat and Vinny (Shiv Jalota). Ravi wants to reconcile with his father, who’s waiting for his release from prison after 20 years.

Ravi manipulates Vinny into visiting Nish in prison. He’ll be puzzled when he sees Ravi’s name listed on the prison list. Will he be the first one to know that Ravi is actually a Panesar?

Navin Chowdhry, the actor who plays the role of Nish, had a lot of fun shooting scenes.

“I’ve never worked on a show like EastEnders, so it’s been a new experience for me, but I loved the storylines and I’ve got a keen interest in this family because there’s so much happening at all times!” he added.

Days Of Our Lives Spoilers: Jennifer’s Horrified When She Realizes She Ran Over Gwen