Eastenders Spoilers: Gray Wakes Up in Hospital, Chelsea Gets Her Fire Back 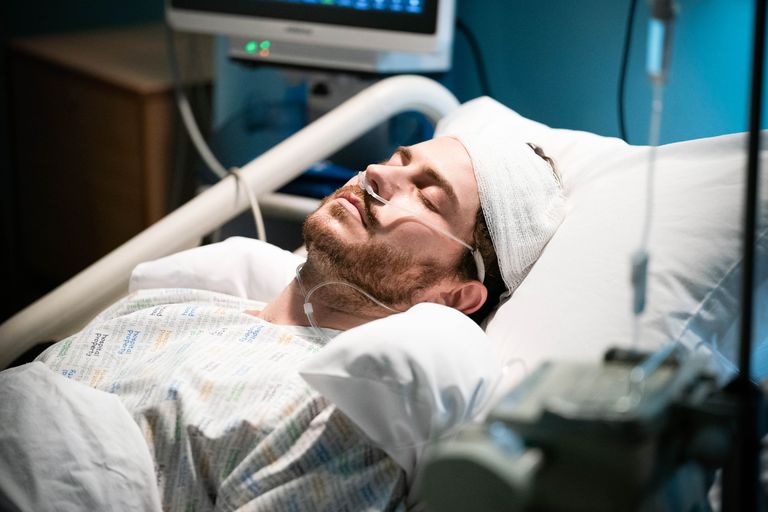 Eastenders spoilers reveal that Gray Atkins (Toby-Alexander Smith) will wake up in the hospital. However, when Gray awakens, he will learn that Tina Carter’s (Luisa Bradshaw-White) body has been found. Meanwhile, Chelsea Atkins (Zaraah Abrahams) finally gets her fire back. Could she be the one to take Gray down for good?

Eastenders spoilers reveal that Gray figured out that Kheerat Panesar (Jaz Deol) was the one tormenting him with emails from Chantelle Atkins (Jessica Plummer). Gray called Kheerat and wanted them to have a drink together. Kheerat thought that this would be the day when Gray would finally confess. However, it was a trap and Kheerat nearly lost his life.

During the struggle, Kheerat got the upper hand. However, it left Gray unconscious on the floor with blood rushing from his head.

Kheerat didn’t know if he killed Gray or not. Kheerat didn’t have time to check for a pulse due to Chelsea walking in. Despite Gray’s abuse, Chelsea called emergency services and named Kheerat as the attacker.

Kheerat panicked and hid out while Stacey Slater (Lacey Turner) talked to the police at the door. Stacey protected Kheerat, then helped him escape.

Eastenders spoilers reveal that Tina’s body will be found. As fans know, Tina was one of the people that Gray killed. When Tina’s body is found, there will be a funeral as her loved ones mourn. Linda Carter (Kellie Bright) will return and create some drunken drama during the service.

Gray does regain consciousness and awakens in the hospital. Photos show Karen Taylor (Lorraine Stanley) sitting by Gray’s hospital bed. However, one person who doesn’t visit Gray is his current wife. While Gray was hospitalized and unconscious, Chelsea is able to get her fire and confidence back.

Chelsea makes an excuse when Karen questions why Chelsea hasn’t visited Gray in the hospital. Meanwhile, Whitney tries to get through to Chelsea. Then, Mitch Baker (Roger Griffiths) informs Chelsea that Gray finally woke up. This makes Chelsea nervous and she reluctantly visits him in the hospital.

It is teased that Gray is discharged from the hospital. However, he is annoyed that a bigger deal isn’t being made out of his “attack.” Then, he learns that Tina’s body has been found. This could send him over the edge as he worries about the walls closing in on him.

Many fans are angry that Chelsea named Kheerat as the person who attacked Gray. Of course, it wasn’t an “attack” but self-defense. The problem is that Gray is so manipulative and convincing that police could believe his story instead of Kheerat’s. Plus, Gray has gotten away with three murders so far. However, with Chelsea getting her confidence back, could she be the one to finally take him down for good?