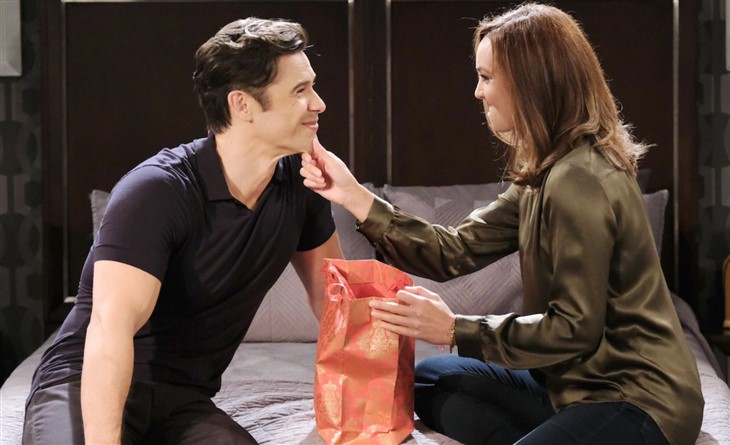 Days of Our Lives spoilers tease that Xander Cook (Paul Tefler) did the right thing in the end, but that doesn’t mean he doesn’t need to answer for his crimes. As viewers know, Xander was having a difficult time finding employment when Ava Vitale (Tamara Braun) made him an offer he couldn’t seem to refuse. Ava wanted to kidnap Susan Banks (Stacey Haiduk) and Xander agreed to be her muscle for a large payday. Xander kidnapped Susan and kept her prisoner in a tool shed at the Kiriakis estate.

Days Of Our Lives Spoilers – Too Many Complications!

Xander hid his identity with a creepy clown mask and for a while, everything seemed to be working out. But then, Bonnie Kiriakis (Judi Evans) inadvertently discovered Susan. She tried to free Susan, but Xander caught her and Bonnie ended up Xander’s prisoner as well. Eventually, Days of Our Lives spoilers Xander left Bonnie at the shed and took Susan to Ava. Ava demanded that Xander kill Susan despite getting the ransom and to make sure he did what he was told, she unmasked Xander right in front of their captive. But after Ava left, Xander realized he couldn’t go through with it and let Susan go.

DOOL Spoilers – The Guilt Is Getting To Xander Cook!

Even though it may appear that both Susan and Ava are now dead, Xander’s guilt may still get the best of him even though it doesn’t seem like he can be tied to the crime. But Bonnie may be a wild card, and begins to suspect that Xander was her captor. In the meantime, Xander won’t feel like he can tell his wife, Dr. Sarah Horton (Linsey Godfrey) what he did so look for him to confess to another woman. And that would be his ex-girlfriend Gwen Rizczech (Emily O’Brien).

Days of Our Lives Spoilers – Gwen Rizczech Will Have To Make A Decision!

Gwen is certainly no angel. She has done some terrible things in the past. But she is trying to be a better person for her father, Jack Devereaux (Matthew Ashford). Gwen is also now working at the Spectator so she’s going to have to make a huge decision once Xander tells her exactly what he’s done. But in the end, look for Gwen to seize the opportunity to get closer to the man she still loves and agree to be his confidant and keep his secret. Gwen will certainly hope that eventually she and Xander will reconcile and that may be exactly what happens once Sarah learns the truth about Susan’s kidnapping.

Will Xander confide in Gwen? Can he trust her? Will this be the beginning of the end of Sarah and Xander’s marriage? Anything can happen in Salem so stay tuned to Days of Our Lives streaming every weekday on Peacock. And don’t forget to check back right here regularly for all your Days of Our Lives news, information, and spoilers!