DOOL Spoilers: Who Is Michael Harris, What Fans Need To Know 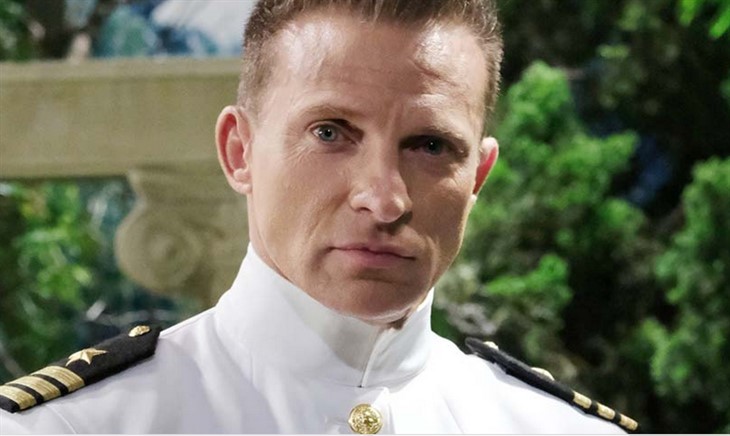 Days of Our Lives spoilers indicate that Harris Michaels (Steve Burton) has officially joined the cast of Days of Our Lives. Harris returned to Beyond Salem Chapter 2 in July for the five-day special. However, Harris hasn’t been a regular on Days since he was written out years ago. Who is Harris Michaels? What do we know about this blast from the past?

Days Of Our Lives Spoilers -Who Is Harris Michaels?

Days Of Our Lives spoilers reveal that Harris first appeared in 1988. Michaels went to school with Eve Donovan (Kassie DiPaiva), the daughter of Shane Donovan (Charles Shaughnessy). Eve was a prostitute and Harris made a bet with his friends that he could score with her first. However, once Harris went on a few dates with her, he began to have feelings for her.

Unfortunately, the damage was done. When Eve found out about the bet, she tried to kill herself by taking a bunch of sleeping pills. Harris was very upset and tried to apologize to Eve. Eve wanted nothing to do with Harris afterward and never forgave him. Harris hasn’t seen Eve again since then as far as fans know.

After not being heard from for decades, Harris showed up at Hope Brady’s (Kristian Alfonso) apartment. Ciara Weston (Victoria Konefal) and Ben Weston (Robert Scott Wilson) met Harris there. Ciara was very upset that she knew nothing about her mother’s new boyfriend. Harris turned out to be working for Megan Hathaway (Miranda Wilson) and was after the prism that Hope had in her possession.

Megan believed that Harris had fallen for Hope so she hired Thomas Banks (Eileen Davidson) to kill Hope at her wedding. However, Megan’s plan was floored when Bo managed to get the ok to return to earth and then passed it off to Hope bringing her back to life. Harris ended up being shot and arrested but Megan escaped.

Days Of Our Lives Spoilers – Harris Michaels Believes He Was Brainwashed

After Harris gave Megan the prism and was arrested, Hope arrived with annulment papers that she insisted he sign. After all, Harris didn’t care for Hope, he was just after the prism. Harris revealed to Hope that he thought he had been brainwashed as well. Hope promised to have the ISA check into Harris’ claims. With that, Hope walked away and went to search for Megan, who has now attempted to kill her twice.

Hope will be reunited with Harris however, Hope will realize that Bo Brady (Peter Reckell) is who Megan was trying to save. Will Harris come back to Salem with Hope before she realizes Bo is alive?

Sister Wives Spoilers: Will Christine Remarry After Split From Kody