DOOL Spoilers: Nicole And Eric Come Clean, Neither Is Over The Other 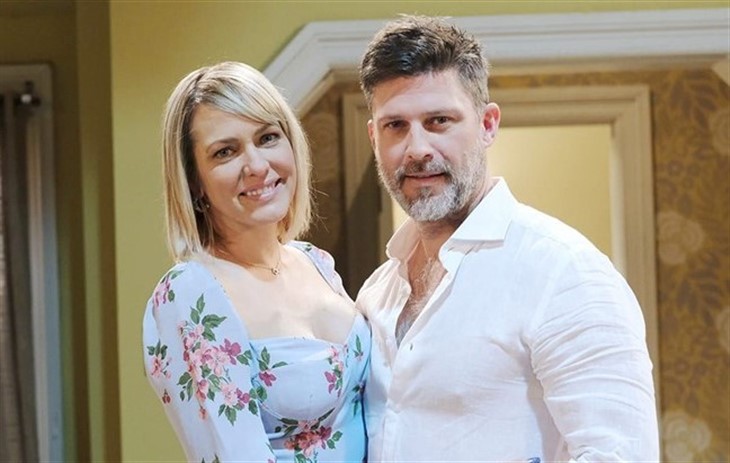 Days of Our Lives spoilers and updates tease that Nicole Walker Hernandez (Arianne Zucker) and Eric Brady (Greg Vaughan) will come clean to each other. They’ll admit that neither one is over the other, and it looks like they’ll fall into bed to prove it.

Days Of Our Lives Spoilers – Fooling Themselves

Both Nicole and Eric have been fooling themselves, and trying to deny the truth to themselves and each other; Eric was barred from the priesthood and returned home. This was when Nicole was in the process of getting engaged to Rafe Hernandez (Galen Gering) and Eric was told if he still loved her he needed to tell her. Nicole was delaying her decision to say yes, and Rafe pressed her if she’d really moved on from Eric, and her answer was to push Rafe to elope.

By the time that Eric got enough nerve to tell her the truth, Nicole had already married Rafe. But when Eric started a hot affair with Jada Hunter (Elia Cantu) Nicole got way too nosy; it’s time to come clean and be honest.

DOOL Spoilers – You Have A Sex Dream About Me?

This was a couple who fought for years to be together, and then when they finally could, the mission field became his mistress and Nicole couldn’t stay faithful. The marriage blew up when she had a drunken romp with Xander Cook (Paul Telfer) and Eric’s twin, Sami Brady (Alison Sweeney) paid him to tell at Eric’s welcome home party.

Nicole and Eric find their honesty exploding as well as their true feelings, and they’re overwhelmed and fall into bed; they’re back to the same situation. Eric’s relationship is easier to get out of than Nicole’s, because now she’s cheated on Rafe with Eric, and Rafe’s Jada’s boss; how will they fool two detectives? They have a heart to heart although it’s a little too late, but they both threw themselves into relationships with others to get over each other.

They should have been old enough and wise enough to know that never works, you can’t replace one person with another. Now they are back to wanting to be together and not being able to unless they’re cheating; they’ll have to figure it out and soon.

Sister Wives Spoilers: Kody Brown Says Watching Kids Is Not Normal for Him