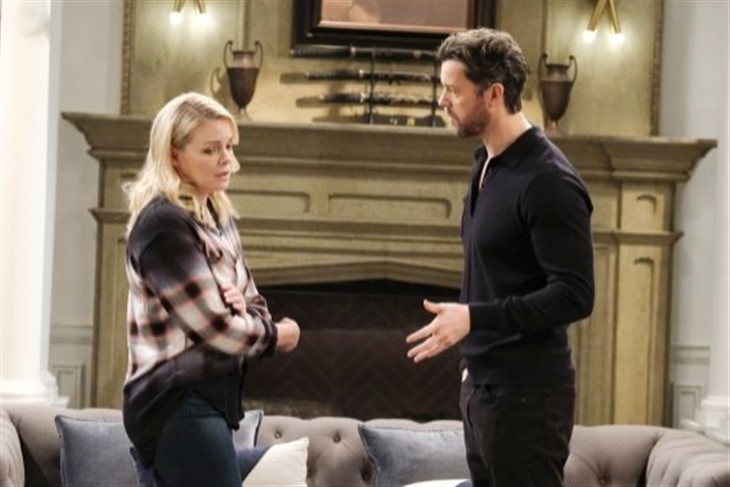 Days of Our Lives spoilers reveal that EJ DiMera (Dan Feuerriegel) and Belle Brady (Martha Madison) have turned their friendship into a sizzling romance. At first, fans were convinced Belle and Shawn Brady (Brandon Beemer) could get back together. However, it’s looking like Shawn will get closer to Jan Spears (Heather Lindell). So, could EJ and Belle be end game?

Days Of Our Lives Spoilers – Instant Connection with Actors

DOOL spoilers reveal that when EJ came back to Salem, the character was played by a new actor. Recasts are always uncertain, and fans can either accept the new face or be completely against them. For Feuerriegel, he has done fairly well with filling James Scott’s shoes.

When EJ and Belle shared their first scene after the character’s return, fans noticed an immediate connection. In fact, a lot of viewers felt that they had better chemistry than Belle and Shawn. Over time, the two developed a friendship and now it’s a sizzling romance on Days of Our Lives.

Even though Shawn was tricked into sleeping with Jan, they two are now expecting a baby. During a recent episode, Jan went into labor and had to undergo surgery. The baby boy is premature, but it’s not known if the child will actually survive or not. Jan and the newborn are still in the hospital, so we will have to see what happens.

What was a bigger betrayal to Belle wasn’t the conception. It was Shawn getting Jan out of prison on house arrest. Then, Belle was blindsided when Jan moved into her house with Shawn. It is teased that Shawn and Jan will continue to get closer, which will only push Belle closer to EJ.

Days of Our Lives spoilers reveal that Shawn and Belle were always considered end game. However, it is seeming like they could really be over. Even though fans are divided on who they want Belle to end up with, there are a lot of viewers enjoying her dynamic with EJ. Plus, things will really hit the fan when Sami Brady (Alison Sweeney) returns.

Speaking to TV Insider, Feuerriegel discussed EJ and Belle’s scandalous romance. Could the couple be end game? The actor teased,

“I think both EJ and Belle see that each couple is going through something fairly similar. I’m seeing how Shawn is disrespecting Belle. EJ doesn’t think Belle should be treated that way. She helped him [at his trial]. Now, EJ wants to help Belle. Conversely, Belle sees that no one is taking EJ’s side. Their relationship has evolved. They could be long-term. However, right now, they’re in the moment.”

The Young And The Restless Characters That Need To Return: Daniel Romalotti