Days Of Our Lives Spoilers: Why Abigail Had To Die, Ron Carlivati Explains 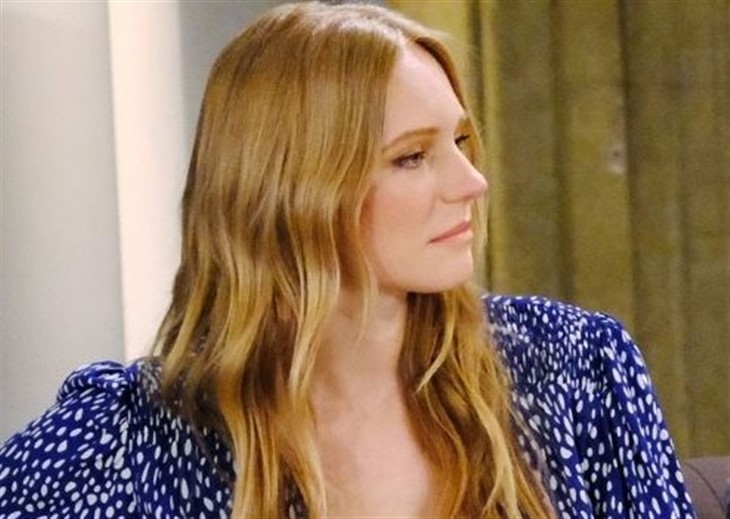 Days of Our Lives spoilers reveal that Abigail DiMera (Marci Miller) is brutally murdered. Chad DiMera (Billy Flynn) is the one to find his wife’s bloody body. Head writer Ron Carlivati explained why Abigail had to die, especially since recasts are always a possibility. Keep reading to find out what the scribe had to say about killing off the fan-favorite character.

DOOL spoilers reveal that Chad and Abigail have been through a lot over the years, including a faked death. While Abigail did “die” once before, she really faked her demise in a plane crash. Abigail eventually returned when she was mentally healthy.

However, this time it won’t be a faked death. Even though there were rumors that Abigail is decapitated, photos show that her head is still attached to the body.

When Soap Opera Digest asked Carlivati why Abigail had to die, it came down to Miller not being available full-time. The scribe and Corday Productions felt that it would be too hard to write for Chad without Abigail being a major part of his life. While they could break up “Chabby,” that would prevent Chad from moving on and finding a new love.

As for a recast or bringing back Kate Mansi, Carlivati simply said they chose not to go that route. Even though this is stated to be a permanent death, Carlivati admitted that anything is possible in Salem.

Days Of Our Lives Spoilers – The Top Three

Days of Our Lives spoilers reveal that there are three main suspects in Abigail’s murder. At least, there are three at the beginning of the murder mystery. There is Gwen Rizczech (Emily O’Brien), who wanted her sister dead. Even though Gwen is in prison, that doesn’t stop anyone from having someone killed.

Then, there is Leo Stark (Greg Rikaart), who wanted to make Abigail pay for destroying his relationship with Craig Wesley (Kevin Spirtas). Leo was also hiding inside the DiMera mansion and Abigail’s body is found in the bedroom.

Of course, Lucas Horton (Bryan Dattilo) will also be a suspect because of his secret regarding Sami Brady (Alison Sweeney). However, Lucas was Abigail’s uncle and is too obvious to be the real killer.

Carlivati explained that as the story unfolds, there will be a lot more suspects in Abigail’s murder. Apparently, Abigail had more people angry with her than anyone realized.

“And then, as the story unfolds, you’ll see there are other people who may have a motive to have possibly wanted Abigail dead.”

What do you think of the soap killing off Abigail? Who really killed the legacy character and what was their reason for going to such extremes?