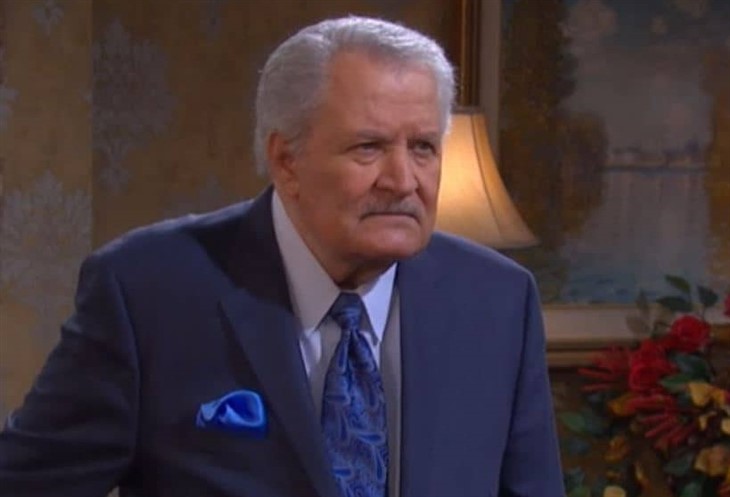 Days of Our Lives spoilers tease that Victor Kiriakis (John Aniston) is once again playing musical chairs when it comes to the CEO position at Titan Industries. With none of the usual candidates either willing or available, Victor turned once again to Sonny Kiriakis (Zach Tinker). Sonny did a great job in the position when he last held it until Leo Stark (Kevin Rikaart) set him up with a sexual harassment lawsuit. Sonny left the CEO position to in order to distance his scandal from Titan. Xander Cook (Paul Tefler), Brady Black (Eric Martsolf) and Phillip Kiriakis (Jay Kenneth Johnson) have all held the position in the last several years.

Victor made quite a pitch to Sonny, who was quite conflicted about it. Sonny and his husband, Will Horton (Chandler Massey), moved to Arizona so that Sonny could help his brothers create a start-up organization in name of Sonny’s late mother, Adrienne Kiriakis (Judi Evans).

According to DOOL spoilers, Sonny wasn’t sure that he wanted to uproot his family again. But after getting Will’s support, Sonny admitted that he missed working at Titan. Sonny accepted Victor’s offer but told him that Leo was once again out for revenge against Sonny.

Victor is well aware of the damage Leo tried to do to both Sonny and Titan the last time Sonny had the CEO position. Victor will still insist that Sonny is the right person to lead Titan Industries. Knowing Leo’s methods, Leo will first plan to ruin Sonny’s reputation. That led Sonny to make Victor promise not to believe everything he reads. Victor will likely summon Leo to the Kiriakis mansion.

Days Of Our Lives Spoilers – Victor Kiriakis Is Still Formidable.

Leo will think twice about going after Titan in order to hurt Sonny. Victor is still a very powerful businessman and has no problem playing dirty. Leo will agree to leave Titan out of his revenge plans. But Leo still plans to ruin Sonny’s life. This time it will be Sonny’s personal life. Look for Leo to vow to destroy Sonny and Will’s relationship. It won’t be easy, but Leo won’t rest until Sonny loses Will one way or another.

Is Sonny making the right decision? Can Will and Sonny make their marriage work long distance? Or will Leo destroy Sonny’s marriage? Anything can happen in Salem so stay tuned to Days of Our Lives airing weekdays on NBC. And don’t forget to check back right here regularly for all your Days of Our Lives news, information, and spoilers!