Days of Our Lives Spoilers: Uh-Oh! What Happened To Sami Brady? 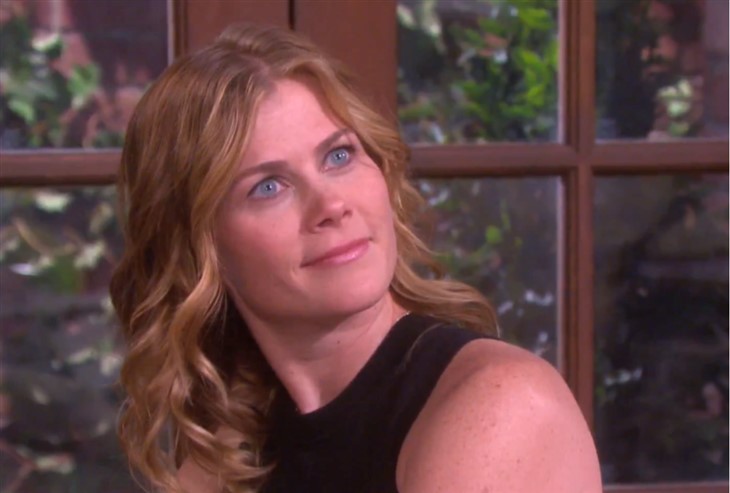 Days of Our Lives (DOOL) spoilers for Tuesday, May 7, 2022, reveal another Sami mystery beginning. Where is the woman and did Lucas do something crazy again?

Days of Our Lives Spoilers – Sami May Be In Trouble

The audience knows that Lucas Horton (Bryan Dattilo) kidnapped Sami Brady DiMera (Alison Sweeney) but she has no idea. She believes he rescued her and she’s now supposed to be with him living her best like in Europe, which is what Lucas wanted, but back in Salem, Sami’s dad isn’t so sure things are as great as they seem.

In fact, Roman Brady (Josh Taylor) confides in Kate Roberts (Lauren Koslow) that he thinks something terrible has happened to Sami and he has no idea what it is. But his gut is telling him. Kate and Roman are supposed to put their trust in one another, but who wants to bet she doesn’t tell Roman all about Lucas’ strange behavior before he left town with Sami.

The CIN baby has been born but that baby is nowhere to be found at the moment. That’s what happens when the devil delivers your baby and considers it their own. Johnny DiMera (Carson Boatman) and Susan Banks (Stacy Haiduk) finally broke in to Allie Horton’s (Lindsay Arnold) head to reach her and not the devil, but it is too late.

Ciara Weston (Victoria Konefal) and Ben Weston (Robert Scott Wilson) are beside themselves right now as they frantically search for their baby. So many missing people in one town. Does the devil have something to with all of them? And is this finally going to be the end of the devil or does Jan’s baby take over next?

Days of Our Lives Spoilers – Back At The Hospital

Kayla Brady Johnson (Mary Beth Evans) gets some good career news. With Craig Wesley (Kevin Spirtas) now broken-heartedly leaving town, does that mean she is about to get her old job back? She didn’t really do anything wrong to lose it and all Craig was doing was his old-time scheming to take it from her. Now that he realizes the error of his ways, will things be back to normal again? Stay tuned to Days of Our Lives weekdays to see how these stories play out.

B&B Spoilers: The Gravity Of Sheila Killing Finn Sinks In