Days Of Our Lives Spoilers: Where Did Ben And Ciara’s Baby Go? 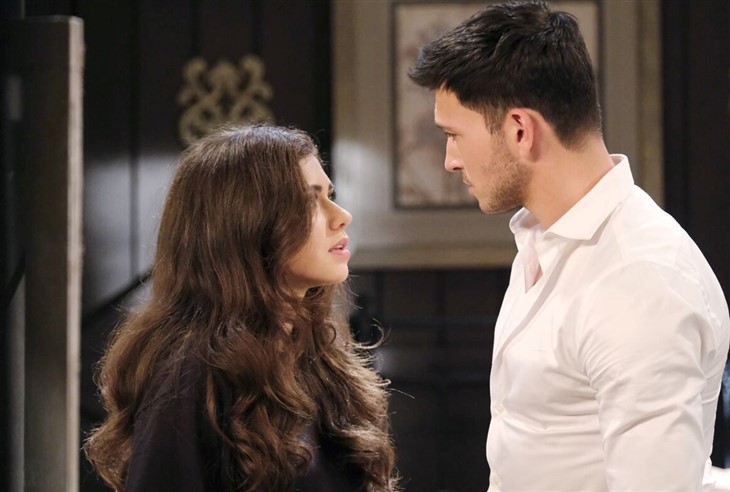 Days of Our Lives (DOOL) spoilers for Monday, May 9, 2022, reveal Ben and Ciara not knowing where their new baby went.

Days Of Our Lives Spoilers – Can Ciara Brady Save The Newest Bo?

Those two young parents Ben Weston (Robert Scott Wilson) and Ciara Weston (Victoria Konefal) have already misplaced their baby. Or rather, AlDevil (Lindsay Arnold) has their baby and they have no idea how they are going to get their newborn back. This is Satan they are dealing with here and Ciara keeps getting into cars with people she shouldn’t trust to then hide out at remote cabins.

What did she think was going to happen when she left with Allie Horton of all people? How was hiding out with Allie going to help her if Ben wad dead, which of course, he is not?

Now, Little Bo Weston is out there with AlDevil and they are thrilled because this is why they returned to Salem. It was all to create a baby and Ben and Ciara had every hint in the world that there was something strange around this conception, between the wind blowing the window open and Rosemary’s Baby playing on the TV, it should have been obvious. However, Ben and Ciara don’t always think like that.

DOOL Spoilers – What Does The Devil Really Have Planned?

Remember, AlDevil has a new accomplice in all this. Evan (Brock Kelly), the man who is Opheus’s (George Del Hoyo) son and who killed Ben’s sister, Jordan Ridgeway has been helping out. AlDevil confides in him now and tells him their real plans for this baby.

What could it be? The obvious answer is they want to raise it to be as evil as they are and have a little protege. But why Ciara and Ben’s baby? Is it because Ben was once a serial killer and this baby might have those tendencies just as Ben feared?

There has to be a big reason why Satan made sure to return to Salem and create a baby and possess so many people like Doug Williams (Bill Hayes), Marlena Evans (Deidre Hall), and Johnny DiMera (Carson Boatman). for one big ultimate plan. Stay tune to Days of Our Lives weekdays to see how this story plays out.