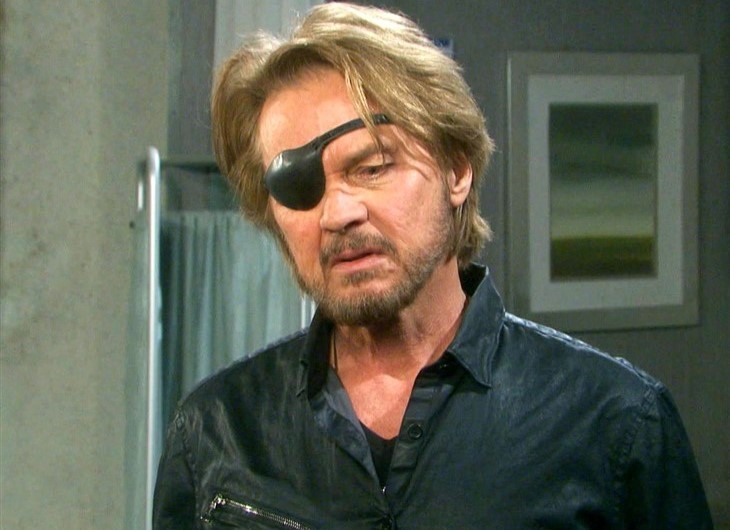 Days Of Our Lives spoilers and updates tease that Steve Johnson (Stephen Nichols) will panic over his daughter Stephanie Johnson’s (Abigail Klein) unexpected arrival. Even though he and Kayla Johnson (Mary Beth Evans) had recently visited her, she hadn’t mentioned coming back to Salem.

Steve and Kayla had recently visited Stephanie and her brothers Joey Johnson (Tanner Stine) and Tripp Johnson (Lucas Adams) on a trip out west. Stephanie, Joey and Tripp were doing just fine and there were no indications anything was wrong at least up until that attack by a random pizza delivery guy. DOOL viewers who watched the Peacock streaming series “Beyond Salem” recently know how that went.

But other than that, Stephanie gave no indication of any desire to move back to Salem, but yet, there she is. Steve panics over the unexpected move, fearing something is wrong given what happened beyond Salem.

Steve and Kayla are always glad when their children come home for a visit, but after Stephanie living out west for several years and seeming to like it there it’s unexpected. Apparently she’s decided to move back to Salem for good, and will be looking for a job and a place of her own.

Until she does, she will stay with Mom and Dad – since Tripp is staying with Joey for good, it will be good to have their daughter home. She claims there are no problems, she just has become homesick and more appreciative of her parents, especially dear old Dad; however, their reunion is not without problems. Steve and Stephanie soon clash and Kayla will find she has to get in the middle of it.

Days Of Our Lives Spoilers – A Meeting Crashed, A Cousin Comforted

Steve won’t be able to shake that something’s brought Stephanie back to town so unexpectedly; he talks to John Black (Drake Hogestyn) about keeping an eye on her. Needless to say, Stephanie is a bit perturbed when Steve and John crash a meeting she sets up with someone. Dad’s worry is a little over the top but she understands his Orpheus (George Del Hoyo) fears when she finds out he’s in town.

Stephanie had been kidnapped by Orpheus a long time ago but she’s not concerned about that now; she has to visit Chad DiMera (Billy Flynn). She didn’t make it home in time for Abigail DiMera’s (Marci Miller) funeral so she wants to comfort her cousin-in-law; and Chad is appreciative.

DOOL Spoilers: Abe’s Campaign In Trouble, Paulina’s Deceitful Past The Cause?