Days Of Our Lives Spoilers: Sloan Reveals A Stunner To Paulina 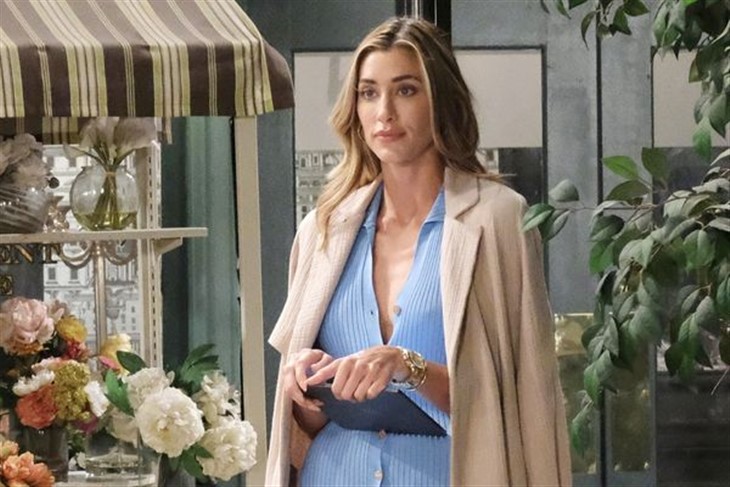 Days of Our Lives (DOOL) spoilers for Wednesday, November 16, 2022, reveal Paulina absolutely shocked at what she hears.

Paulina Price Carver (Jackee Harry) still can’t believe that her election victory celebration turned into such a nightmare and Chanel Dupree (Raven Bowens) was arrested for murder. She thought Stephanie Johnson (Abigail Klein) had made sure they were in the clear, but Sloan Petersen (Jessica Serfaty) is getting the last laugh — except she is not laughing, she is furious.

Both Chanel and Paulina do not know what Sloan has against both of them until she reveals that the person Chanel allegedly killed was her mother. So, who was her mother and is she a character we might have once known to make this story more relevant and interesting?

Speaking of Stephanie, she and Alex Kiriakis (Robert Scott Wilson) grow closer and Sloan does not like that at all. Neither does Chad DiMera (Billy Flynn) for that matter as he starts to feel a little jealous.

Johnny DiMera (Carson Boatman) and Wendy Shin (Victoria Grace) are still determined to learn what is really going on with Dr. Wilhelm Rolf (Richard Wharton) and what he has been doing behind the mad scientist scenes for the DiMera clan. But, they have to find him first.

To that end, the two new young friends end up in Jakarta and might find themselves in much more trouble than they ever bargained for. Will this quest even be worth it?

Back in Salem, Gabi Hernandez (Camilla Banus( is still suspicious of what Rolf did to Stefan O. DiMera (Brandon Barash), but she is accepting that maybe he really does have feelings for Chloe Lane (Nadia Bjorlin) now and it’s over between them. However, it’s not over for Gabi’s business quests as she is willing to do anything it takes to get Gabi Chic back. She worked hard to build that company and she is not about to give up so easily.

Too bad EJ DiMera (Daniel Feuerriegel) and Kristen DiMera (Stacy Haiduk) want to make sure that Gabi ends up with nothing in the end. She may not even end up with Li Shin (Remington Hoffman), which might not be the worst thing but Gabi doesn’t know that — yet. Stream Days of Our Lives weekdays on Peacock by 6 am EST to see how these stories play out.