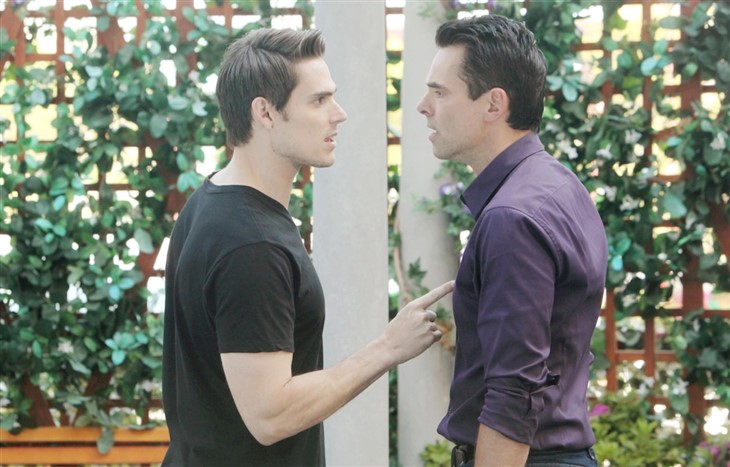 The Young and the Restless (Y&R) spoilers for Wednesday, November 16, 2022, reveal Chelsea’s troubles causing more trouble between Billy and Adam

It was only two weeks ago when Chelsea Lawson (Melissa Claire Egan) was at her lowest moment ever and walked out onto the roof of the Grand Phoenix ready to jump. It took everything Billy Abbott (Jason Thompson) had to try to literally talk her down from the ledge, and even that didn’t work. She did jump and Billy caught her.

Since then, he has been trying to make sure that Chelsea gets the mental health help she needs and that’s exactly what Adam Newman (Mark Grossman) wants, as well. Too bad both men clash over the best methods to aid Chelsea’s recovery.

Adam and Billy have never gotten along and the grudge Adam has felt against Billy for accidentally running down his daughter Delia seemed insurmountable at one time and caused Billy to have his own breakdown. Now, the two men have to attempt to get along for the sake of Chelsea and she might have to intervene and advocate for herself.

Y&R Spoilers – Nick Newan Is Right There For Sally Spectra

Now that Sally Spectra (Courtney Hope) has decided she wants to continue her relationship with Nick Newman (Joshua Morrow) — or at least see where things can go, Nick wants to be there and help get her career back on track. It was derailed by his ice queen sister Victoria Newman (Amelia Heinle) when she unceremoniously had Sally fired just to install Nate Hastings (Sean Dominic) in her place.

Now, it occurs to both Nick and Sally that Nate’s position at Chancellor-Winters is now open and perhaps Sally would be the best person to fill it. Are we going to see Sally and Nate just trade places professionally or will Lily Winters (Christel Khalil) and Jill Foster Abbott (Jess Walton) not go for this grand scheme?

They have had enough troubles with this company due to Nate’s ego and feud with the equally egotistical Devon Hamilton (Bryton James), but perhaps Lily and Jill will decide that they need fresh blood and Sally is the answer to their problems. Stay tuned to The Young and the Restless weekdays to see how these stories play out.

Days Of Our Lives Spoilers: Sloan Reveals A Stunner To Paulina