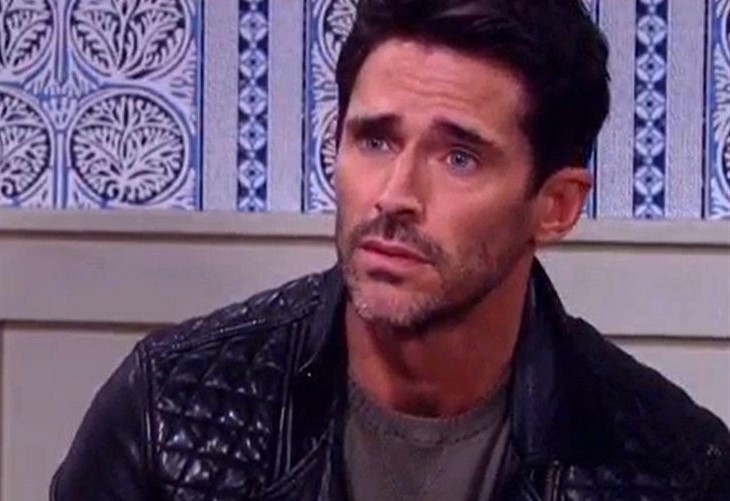 Days of Our Lives spoilers reveal that nobody realizes that Jan Spears (Heather Lindell) is back. After getting rid of Christian Maddox aka Evan Frears (Brock Kelly), Jan took the baby. In Monday’s episode, Shawn mentioned Evan and the baby going to New Zealand. When Evan and the baby don’t arrive, could Shawn get a call from Zoe Burge (formerly Alyshia Ochse)?

DOOL spoilers reveal that Shawn met his new partner at the Salem Police Department. Shawn and Jada Hunter (Elia Cantu) got acquainted. Jada learned a little bit about the story of Shawn, Evan and the baby bombshell. Shawn mentioned in the Monday, August 8, 2022 episode that Evan and the baby were going to New Zealand.

That is where Evan’s sister, Zoe, is living with her husband. As fans know, Zoe has custody of Evan’s other son, David Ridgeway (formerly played by Caleb and Kyler Ends).

Last week, fans watched Evan take his baby and get ready to leave Salem to start a new life together. However, Evan was blindsided by Jan. After attacking Evan, Jan took the baby and disappeared.

Of course, nobody knows that Jan has resurfaced or that Evan was attacked. Most importantly, nobody realizes that the baby is in danger.

Days of Our Lives spoilers reveal that Zoe could become concerned with Evan and the baby don’t show up in New Zealand. Not being able to reach Evan, could Zoe place a call to Shawn?

Of course, Shawn might not think much at first. However, Shawn has a good cop’s instinct. So, Shawn will likely feel that something is very wrong. Shawn won’t be concerned about Evan, but he has a bond with the baby. So, Shawn could make finding Evan and the baby a priority.

Since Shawn gave Jada a crash course about what happened with Jan, Evan and the baby, she will know this is an important case. Shawn and Jada are also partners right now. So, Shawn and Jada could search for clues. Will they find Evan alive, who will tell them what happened? Could Jan be lurking in the shadows, just waiting for a chance to use the baby to bait Shawn?

What do you think is going to happen with Evan, Jan, Shawn and Jada? If Evan is dead, then who will get the baby? Will Shawn and Jada be forced to kill Jan when she once again uses the baby as bait? Share your thoughts and remember to keep watching the NBC soap to see what happens next.