Days Of Our Lives Spoilers: Savage Murder Seals Kristen’s Fate, Who Gets Killed On Island? 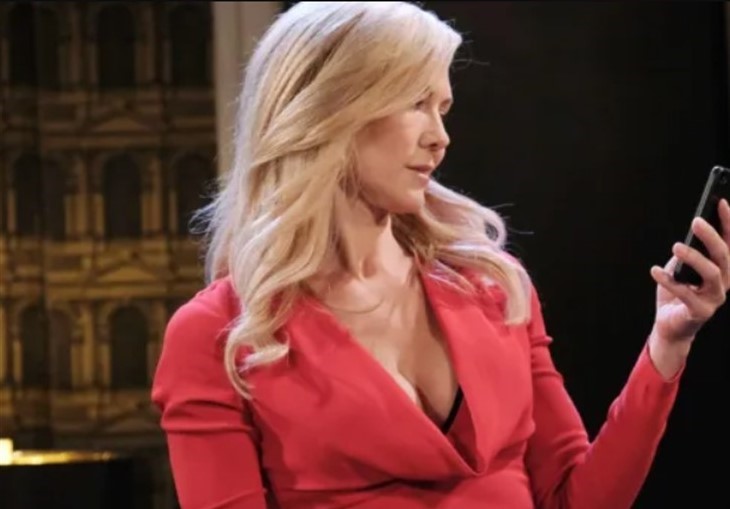 Days of Our Lives spoilers reveal that fans could be saying goodbye to a main character during February sweeps. Insiders say that one of the hostages on the island is brutally and savagely murdered by Kristen DiMera (Stacy Haiduk). Not only would this seal Kristen’s fate in prison, but it would cause her to lose the few supporters that she has. Keep reading to find out who dies.

DOOL spoilers reveal that Sarah Horton (Linsey Godfrey) isn’t the only hostage on the island. Even though Abigail DiMera (Marci Miller) and Xander Cook (Paul Telfer) were getting close to the truth, the investigation was thwarted. Gwen Rizczech (Emily O’Brien) has her man and is getting married.

Meanwhile, Ava Vitali (Tamara Braun) shipped Abigail off to the same island where Sarah is being kept. However, Abigail and Sarah are not Kristen’s only hostages. For certain, Steve “Patch” Johnson (Stephen Nichols) and Kayla Johnson (Mary Beth Evans) are there, too. It is also speculated that the island could have even more hostages.

Insiders leaked that there will be a savage and brutal murder. Apparently, Abigail and Kristen have a physical confrontation. Abigail is going to be a real problem for Kristen and won’t be as easy to subdue as Sarah. When Abigail takes drastic action, it is stated that Kristen ends up murdering her.

Days of Our Lives spoilers for February sweeps reveal that there is an unexpected twist when Sarah returns to the island. It’s clear Sarah is either still drugged or brainwashed. Sarah is acting as if Kristen is her friend. So, Sarah’s brain has either turned to mush, or she believes Kristen is someone she trusts… maybe even Maggie Horton Kiriakis (Suzanne Rogers).

Abigail knows for sure that Kristen has kidnapped Sarah, Steve, and Kayla. So, Kristen will have to take extreme measures to get rid of this loose end. Kristen is so desperate and deranged that she would easily murder Abigail and not think twice about it. Insiders also say that Abigail’s death will be permanent, so don’t expect any resurrections.

What Kristen doesn’t realize is that Chad DiMera (Billy Flynn) and Tony DiMera (Thaao Penghlis) are headed to the island. Over the years, both Tony and Chad have tried to help Kristen to a certain extent. Even EJ DiMera (Dan Feuerriegel) helped her a few times. However, that has all stopped as everyone realizes Kristen is completely out of control.

Plus, when Tony and Chad see Abigail’s bloody and mangled body, there will be no forgiveness for Kristen. The villain will have sealed her fate, even with her own family. The only question is will Chad try to avenge Abigail’s death by going after Kristen? Or will the DiMera brothers allow the justice system to deal with Kristen?