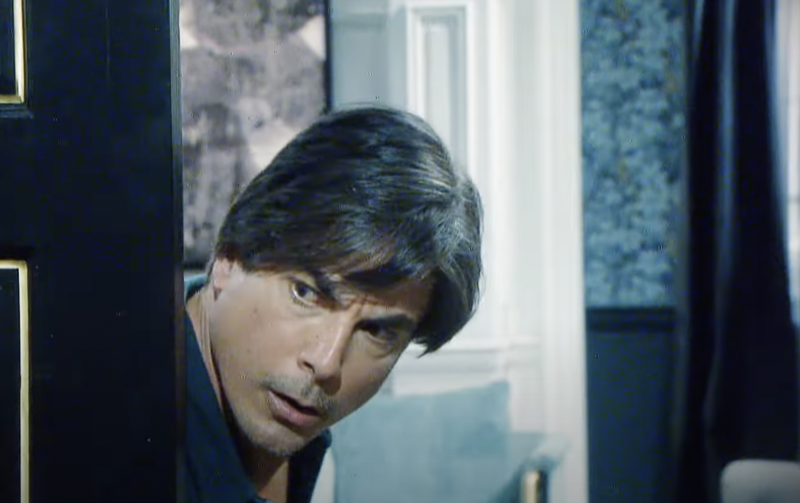 Days of Our Lives: Lucas Horton Is Terrified That He May Have Killed Abby

Days of Our Lives Lucas has been tormented for some time wondering if he killed Abby. Lucas fell off the wagon and got so drunk that he blacked out. Lucas woke up with a cut hand and no explanation of how he got it. Abby turned up stabbed to death in her bedroom which worries Lucas even more.

Thanks to Kate Dimera (Lauren Koslow), Chad not only exposed Lucas as a kidnapper but accused him of murder as well. Although Kate covered for Lucas when he kidnapped Sami, Kate expects Marlena to help save him. Is Kate putting Lucas in more danger by having him hypnotized? Could Lucas’s life be at risk if he remembers seeing the killer?

DOOL Spoilers: Did Lucas Horton Try To Save Abby Dimera?

Days Of Our Lives Spoilers suggest that Lucas may have tried to save Abby after witnessing her attack. Lucas wanted to make sure that Abby wasn’t going to expose him as Sami’s kidnapper. Clyde Weston (James Read) was the prime suspect but he has been proven innocent. Currently, the suspicion has fallen on Lucas and things do not look good. Can Marlena prove Lucas’ innocence despite his actions toward Sami? Can Lucas expose the real killer and bring them to justice?

Days of Our Lives: Will Abby’s Killer Target Lucas?

Days of Our Lives Lucas will learn that he didn’t kill Abby, but will he learn anything that leads to the real killer. Will Lucas reveal who he saw at the mansion? Perhaps Leo Stark (Greg Rikaart) was in Abby’s room robbing her when Lucas arrived. Could Lucas has seen the real killer and blocked it out? Could Lucas remember seeing someone there but maybe he can’t identify them? If the killer believes that Lucas can identify the, they are likely to try to silence him for good. Will Lucas survive to help catch Abby’s murderer?

Lucas needs to remember for his own sanity. Will the killer come after Lucas before Marlena gets a chance to hypnotize him? Could Lucas be attacked in Marlena’s office to keep him quiet? Will Lucas save the day and put the cops on the track of the right suspect?

B&B Spoilers: Carter And Quinn At Odds: No More Babies For Quinn