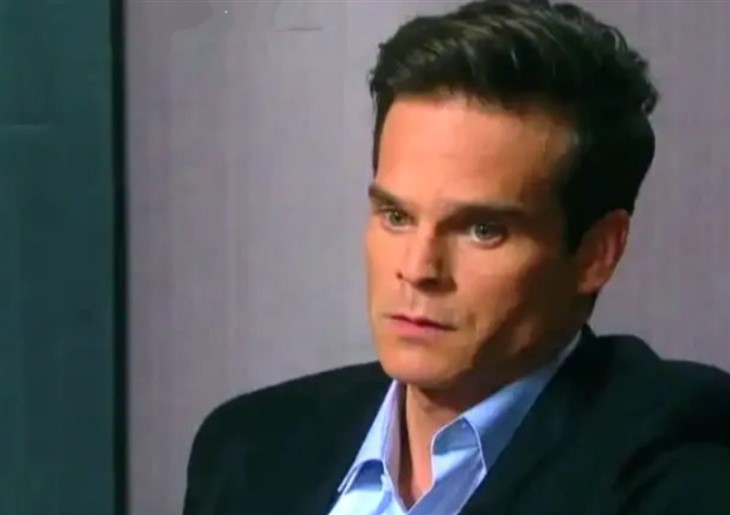 Days of Our Lives spoilers reveal that Gwen Rizczech (Emily O’Brien) will face a total of three offers. Ava Vitali (Tamara Braun) has a way to get Gwen out of her predicament, but it comes at a cost. Jack Deveraux (Matthew Ashford) also suggests a way Gwen can earn forgiveness. However, there is a third player, who just happens to be Leo Stark (Greg Rikaart).

DOOL spoilers reveal that Ava betrayed Gwen and ratted her out. There was no way Ava was going to go to prison for framing Rafe Hernandez (Galen Gering). So, she used the intel on Gwen to secure immunity from DA Melinda Trask (Tina Huang). Now that Ava is free and Gwen has been arrested, there could be a twist.

Ava makes an offer to Gwen. The only reason Ava would propose anything to the master manipulator is if it benefited her. So, Ava must need Gwen for something. Ava might even suggest a way Gwen can break out of jail. Of course, Gwen needs to understand that Ava’s help will come at a high cost.

Ava won’t be the only one making Gwen an offer, though. Jack was furious with Gwen after learning everything she’s done. Jack was at the point of never having anything to do with Gwen again. However, when Jack rolled his eyes at the thought of the devil making Gwen do it, she took that and ran with it. Gwen said, “in a way, yes.”

That piqued Jack’s interest, so he could offer Gwen a way to earn forgiveness. This might be Gwen not going through a trial and pleading guilty. Jack might claim that once Gwen serves her time, they can start over with a clean slate.

Days of Our Lives spoilers reveal that Gwen won’t just receive two offers, though. Gwen will hear from Leo, who is hell-bent on getting revenge. Leo will suggest that Gwen join him so they can both make their enemies suffer. However, there is a chance that Gwen will say no. Before you laugh, wait until you hear what actress Emily O’Brien told Soap Opera Digest.

O’Brien explained that Gwen is completely depleted, empty, and exhausted. Gwen could have made all kinds of deals with Xander Cook (Paul Telfer). However, Gwen didn’t want anything and voluntarily gave Xander the location of the cure that saved Sarah Horton’s (Linsey Godfrey) life. Plus, the actress told SOD,

“Gwen’s so absolutely exhausted. Why hold onto this any longer? Gwen is the boy who cried wolf. She’s said so many things, and then changed what she’s said. Why would anyone believe her?”

O’Brien added that Gwen is “empty” and “has nothing.” That doesn’t mean Gwen will have a complete turnaround. However, it does suggest Gwen could realize revenge did nothing but cause her more loneliness, rejection, and pain. So, when Leo offers Gwen the chance to get payback, she could say no. What does that mean for her future, though?