Days Of Our Lives Spoilers: Does Ava Purposely Drive Off A Cliff With Susan Or Is E.J. Responsible For Mom’s Death 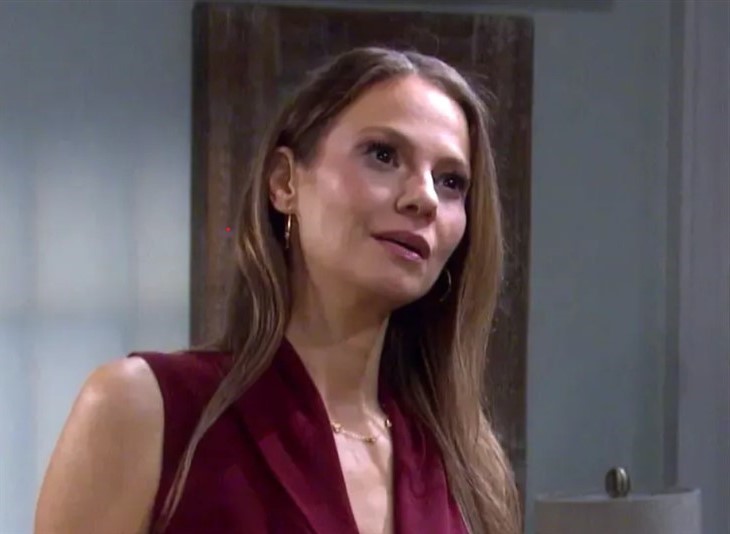 Days of Our Lives spoilers indicate that Ava Vitali’s (Tamara Braun) car will go off a cliff and explode with Susan Banks (Stacy Haiduk) in the back seat. Does Ava drive off the cliff to kill Susan or does E.J. Dimera (Dan Feuerriegel) kill his own mother while chasing Ava?

Days Of Our Lives Spoilers – E.J.Dimera Is Determined To Get Revenge

Days Of Our Lives spoilers reveal that E.J. is still determined to get revenge despite all of Tony Dimera’s (Thaao Penghlis) warnings. Tony tried to tell E.J. that this could end tragically if Ava didn’t get what she wanted. What none of them realize is that Ava is more deranged than they think. After all, Susan wouldn’t be in this mess if it wasn’t for Ava’s dead Sonny telling her to do this right?

Ava has been conversing with Charlie Dale (Mike Manning) who has been dead for some time. Charlie also wants to come between Ava and Tripp Johnson (Lucas Adams). Ava’s actions have already gotten Tripp kidnapped. Tripp and his father Steve Johnson (Stephen Nichols) believe that Ava did something drastic to cause his kidnapping. Will Tripp cut ties with Ava pushing her even further over the edge?

It seems that E.J. will finally cough up the money that Ava has demanded but she will tell him his mother is dead. Xander Cook (Paul Telfer) has likely lied about this very fact to Ava. However, Susan will appear out of nowhere and put herself in grave danger. It seems that Ava will drag Susan away at gunpoint and place her in the back of her car.

A car chase will then ensue as E.J.tries to get his mother back away from Ava. Unfortunately, it seems that Ava will go off a cliff and her car will explode. Will Susan and Ava get out of the car? Has Ava set this up to look like they both die? Will Susan be killed off after all this time in a car chase with her own son?

Does Ava crash on purpose or is it E.J.’s fault? After all, E.J. could call the police instead of chancing Ava. But then again, E.J. doesn’t listen to reason. Charlie continues to be the voice in Ava’s head forcing her to do all of this outlandish stuff. Will Charlie tell his mother to run off that cliff to kill Susan? Would Ava endanger her life like that?

If Tripp gets in touch with his mother and yells about his kidnapping, Charlie may convince Kayla that killing herself is the only option. After all, Ava doesn’t want to spend the rest of her life in a mental institution or Jail. However, Ava cannot get Tripp’s forgiveness if she kills herself either. Is Ava so far gone that she would try to kill herself?

Spoilers suggest that Ava and Susan go off that cliff but Ava may survive. Has Ava set this crash up for the both of them to get out alive but allow E.J to believe Susan is dead? Will E.J. fall into a downward spiral believing he is responsible for his mother’s death?