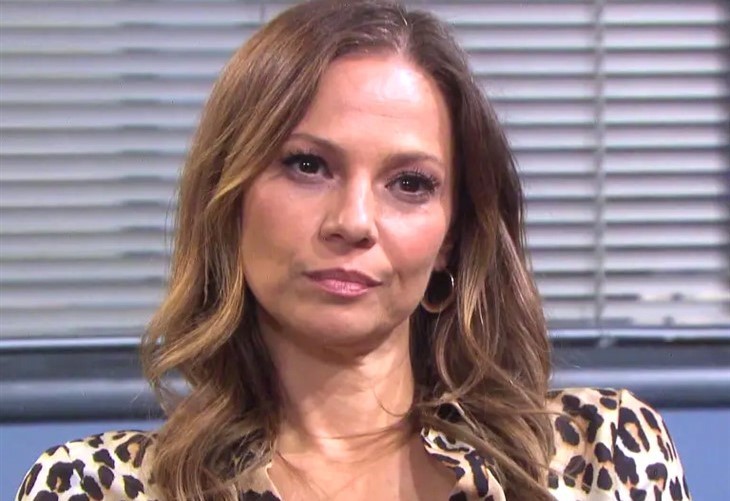 Days of Our Lives (DOOL) spoilers for Tuesday, January 18, 2022, reveal Ava reverting back to form and losing her marbles.

Ava Vitali (Tamara Braun), a crazy mafia princess by heart, tried to believe she could have a normal white-picket-fence life with police commissioner Rafe Hernandez (Galen Gering), but clearly, that was not meant to be. They started out as friends, it turned romantic and sexual, and Ava became obsessed in the same way she was obsessed with Steve Johnson (Stephen Nichols) for so many years. But then she learned Rafe slept with Nicole Walker (Arianne Zucker) behind her back, so she beheaded the teddy bear those two hold so much love for.

As Rafe investigates this like it was an actual crime with a real victim, Ava decides to make things even worse for Rafe at work and sets him up. Will she end up costing Rafe his job? Well, that seems to be her aim…

Speaking of Steve Johnson, he and Kayla (Mary Beth Evans) finally find Kristen DiMera (Stacy Haiduk) in a convent since that is where she likes to hide out. Will they get her to return to Salem without a problem? What leverage do they even have except Rachel, the daughter she wanted so much? At least this gives Steve and Kayla something to actually do.

Nicole has no idea her great friend Ava is behind any of this teddy bear stuff. She is too busy trying to figure out who she should sleep with next because she’s been pretty busy over the last year.

So, she confides everything in Brady Black (Eric Martsolf). She slept with Rafe, which he already knew. Then, she slept with EJ DiMera (Daniel Feuerriegel), which Brady did not know. Then, EJ decided he wanted Sami Brady (Alison Sweeney) again, and then he was arrested for killing Sami and she is not sure if he did it or not. That’s a lot for Brady to take in, but will he have good advice? Since Brady has his own romantic woes, probably not… Stay tuned to Days of Our Lives weekdays to see how these stories play out.