Days Of Our Lives (DOOL) Spoilers: Abigail Is Ready To Ruin Gwen 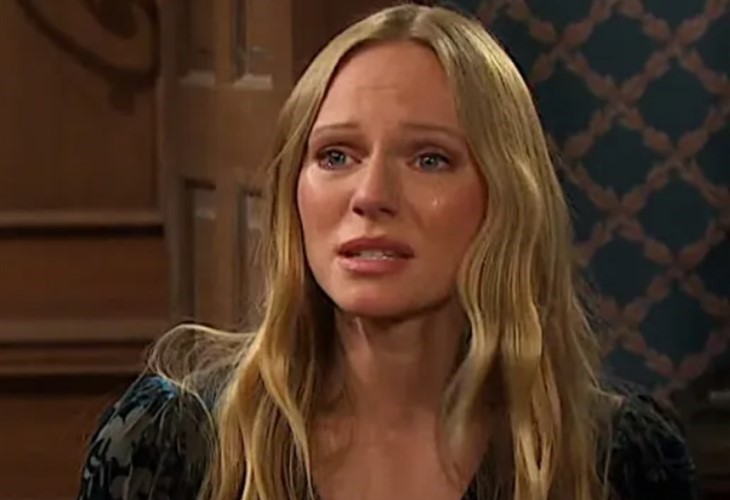 Days of Our Lives (DOOL) spoilers for Monday, April 18, 2022, reveal Ava offering Abigail something she just can’t stay away from.

With Ava Vitali (Tamara Braun) being arrested once again, Gwen Rizchech (Emily O’Brien) thinks she is in the clear to marry Xander Cook (Paul Telfer) and gets ready for her wedding. Even Jack and Jennifer Deveraux are returning for the occasion. However, her sister, Abigail DiMera (Marci Miller), has other plans.

Ava decides she is not going down alone and is going to take Gwen with her. After all, Gwen was her accomplice for a myriad of crimes, including knocking Abigail out to get her on that plane to the remote DiMera island where Sarah Horton (Linsey Godfrey) had been living as Renee Dumonde for a year.

Armed with that knowledge, Abigail thinks she is set. So, both of Jack’s daughters are looking forward to starting new lives, but Abigail’s plan comes with revenge and it just might backfire on her. Will this mess take them into May sweeps where rumor has it that Abigail won’t survive the month? If the rumors are true, who will take care of Abigail? Will Gwen end up murdering her own sister or will another fate find Abigail? Time will tell..

Nicole Walker (Arianne Zucker) was stunned to see Eric Brady (Greg Vaughan) tending bar at the pub and now it’s time for them to catch up and maybe even talk about what went wrong in their marriage that didn’t make it three weeks before Eric abandoned his new wife to take off and help a village in Africa. That could do in any new marriage, when the husband just refuses to be there because he has better things to do.

Of course, Nicole should not have slept with Xander Cook of all people and try to cover it up. That was part of the problem and the thing that ultimately ended this marriage between two people who waited two decades to say their ‘I do’s’. Will Eric’s return mean a second chance for them? Stay tuned to Days of Our Lives weekdays to see how these stories play out.