Days of Our Lives Beyond SalemSpoilers

Days Of Our Lives Beyond Salem Spoilers: What Are The Magical Prisms? 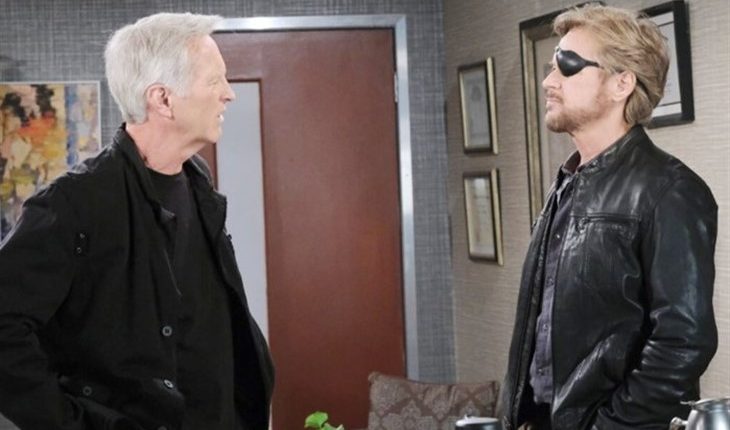 Days of Our Lives Beyond Salem spoilers and updates tease that magical prisms will be involved! Steve Johnson (Stephen Nichols) and John Black (Drake Hogestyn) will be brainwashed to steal them, but what are they; we have the answer!

Beyond Salem Spoilers: The Prisms Tie Back To A DOOL Storyline From The Mid-1980s

One thing that viewers should know is that the Beyond Salem storyline and the magical prisms tie back to a DOOL storyline from the mid-1980s. Two characters also return from the mid-1980s, one is Steve Burton as Harris Michaels, a high school boyfriend of Eve Donovan’s (most recently Kassie DePaiva). The other character is Megan Hathaway DiMera (Miranda Wilson), and this will be a character back from the dead; she was murdered by electrocution in a bathtub.

Megan was a daughter of Stefano DiMera (Joseph Mascolo) and a high school girlfriend of Bo Brady (Peter Reckell). Stefano had enlisted her to help him locate the three prisms, which he believed could cure a brain tumor he had.

BSA Spoilers: One Prism Was Part Of A Sculpture, Another In A Necklace, The Third Really A Bomb

Longtime DOOL viewers will recall this is also the same storyline where Andre and Tony DiMera (both Thaao Penghlis) fought in a pool of quicksand. Also, Roman Brady, then played by Wayne Northrop, died in Bo’s arms, with Roman later being resurrected. Daphne DiMera (Madlyn Rhue) who was Tony’s mother, also died in this storyline in a plane crash along with Roman. Hope Williams’ (Kristian Alfonso) first husband, Larry Welch (Andrew Hyatt Massett) and Maxwell Hathaway (Tom Hallick), Megan’s adoptive father traveled to the 1984 World’s Fair along with Bo. A sculpture there contained the first prism, the second, in Daphne’s necklace, and the third, in the Soviet Union and it was really a bomb!

Beyond Salem Spoilers: The “Magic” Of The Prisms Was Really Technology

The “magic” of the prisms was really technology; when the prisms were united under a laser beam, they would disclose various medical and technological breakthroughs. Stefano wanted them for the protocol to cure his terminal brain tumor, and the one that was really a bomb would change colors; light blue, dark blue, green, yellow, orange then red. Red meant it was ready to explode, and the three prisms were lost over the years.

The most dangerous, the bomb prism, was dropped into the Atlantic Ocean by Shane Donovan (Charles Shaughnessy). It was never clearly revealed what happened to the last two, but Beyond Salem may answer that question!

BSA Spoilers: Devious Plans Made To Unite The Three Prisms

Apparently someone has located all of the prisms, and devious plans are made to unite them and retrieve their secrets, although technology and medicine have greatly advanced. Steve and John will be brainwashed to steal at least one of them, and it looks like Harris and Megan are involved in the devious plans. One of the three prisms was originally sewn inside an ice skating costume worn by Hope in the original story in the 1980s, and she may have information on them now. The third prism, the bomb will be the one that has to be put in ice in order to keep it from heating up and exploding!

Be sure to catch up on everything happening with DOOL Beyond Salem right now. Come back here often for Days of Our Lives BSA spoilers, news, and updates.

Did Amber Heard Plot Her Insurance To Cover Legal Costs?