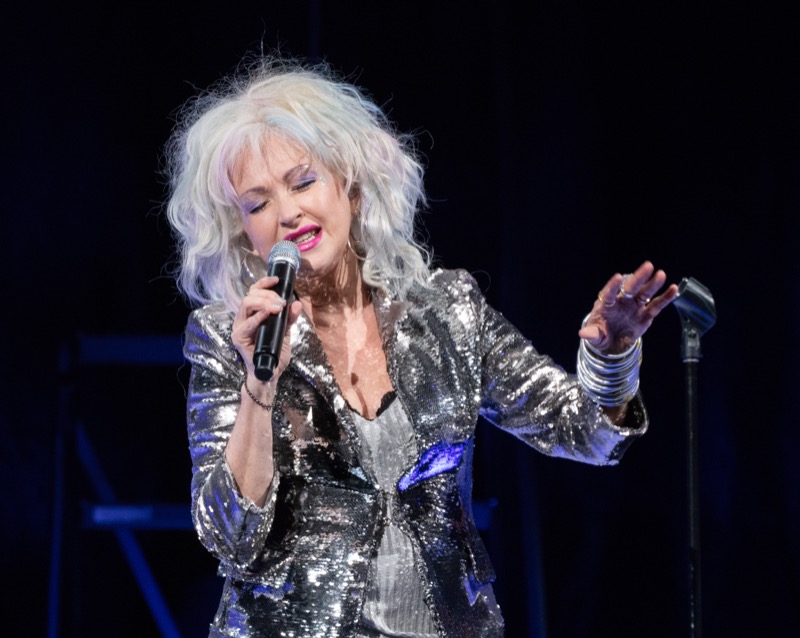 You never know, maybe Dex Declyn “Just Wanna Have Fun” hahaha.  So… The one and only child of our dear music Icon Cyndi Lauper was arrested in the early hours of Thursday morning in New York City after police allegedly found him sitting in a stolen 2014 Mercedes Benz C350.

Declyn “Dex” Thornton Lauper is the 24-year-old rapper and son of Cyndi Lauper whom she had with her husband David Thornton. Dex like his mom is a musician with 2.3 million Instagram followers and has previously collaborated with G-Eazy.

Declyn Lauper — About His Arrest

According to NYPD, officers noticed the car at around 1:40 a.m. as it was illegally double-parked at the corner of West 140th Street and Broadway, and upon a quick check, they determined the vehicle was stolen. TMZ noted that the car was reported stolen two years ago and the plates were registered to a different vehicle.

The 24-year-old, who NYPD says was in the driver’s seat of the vehicle, was taken into custody and charged with felony unauthorized use of a vehicle. He was reportedly released with a desk appearance ticket for a future court date.

Dex seemingly addressed the arrest on social media, aiming at TMZ, who was the first to report the news.

While they have largely stayed out of the public eye, the family previously appeared together on her reality series Cyndi Lauper: Still So Unusual, which ran for one season on We TV in 2013.

Declyn Lauper — On Being The Son Of Cyndi Lauper

I’m not one born of a famous family but I’ve seen people in that category feel like they have a great chip on their back, most of them feel like it’s their destiny to live up to their parents’ or family legacies, while some got nothing like that in mind, they’re just happy with the fact they’re the son/daughter of this famous person.

The “True Colors” artist previously opened up about the impact her fame has had on Dex during an interview with The Guardian. “It’s hard for him,” she said in 2008. “People look at him, and he feels the pressure of being my son.”

“Someone came up to me in the street and kept talking and talking. Declyn said afterward, ‘Who are you?’ And I said, ‘I’m a mommy.’ And he said, ‘No, you’re not — you’re Cyndi Lauper!'” Cyndi recounted at the time.

Be sure to catch up on everything happening with Declyn Lauper right now. Come back here often for all the Declyn Lauper’s spoilers, news, and updates.

Why Do Jeremy & Jinger Vuolo Keep Kids Out of Spotlight?