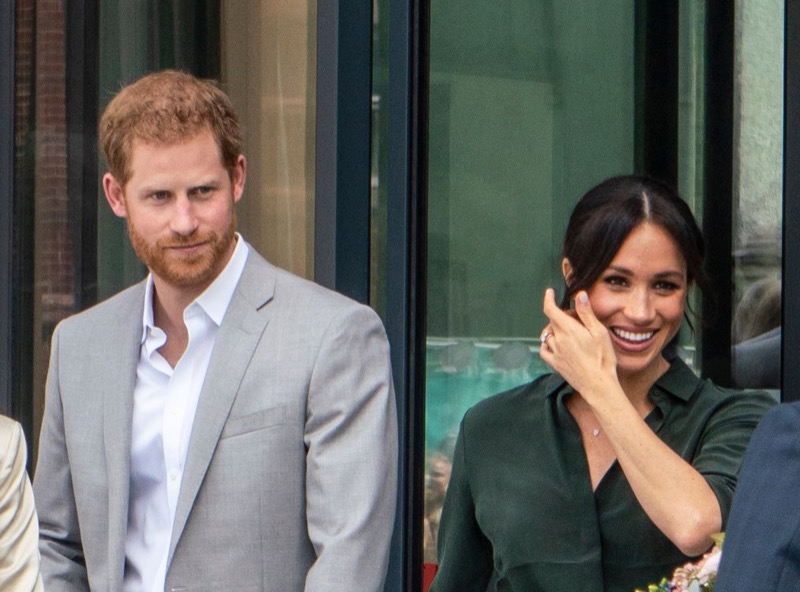 British Royal News says that it looks like Prince Harry and Meghan Markle are keeping the kids at home this time around. In fact, it appears as though Queen Elizabeth won’t have another chance to see her great grandchildren, Archie and Lilibet, for quite some time as the Duke and Duchess of Sussex have decided to fly to the UK and Germany next month on their own. Here’s what you need to know.

According to new reports, Harry and Meghan have decided to keep their kids home for their upcoming trip back to the UK and to Germany. This means that members of the royal family won’t have another opportunity to see their kids, Archie and Lilibet. While a spokesperson for the couple has not confirmed or denied the speculation, one royal expert by the name of Lizzie Robinson has said, “I do understand they are not bringing the children with them on this occasion.”

She continued, “The Cambridges are likely to have moved into their new house on the Windsor estate by that point. Harry and Meghan usually stay at Frogmore Cottage, which is also Windsor, so they will be very close to each other indeed.”

British Royal News – Will Harry And Meghan Meet With The Queen?

According to the Daily Mail, while Harry and Meghan will be on hand for the One Young World Summit in Manchester, apparently they won’t have any time to meet with the Duke and Duchess of Cambridge during their stay in the UK. However, if they decide to stay at their home at Frogmore Cottage, they will only be a short walk away from Prince William and Kate Middleton’s new home at Adelaide Cottage.

So far the Sussexes have not said anything about when they will travel to the UK or if they will meet with other members of the royal family. That said, there’s speculation that they will at least get to see Queen Elizabeth at Windsor Castle. Watch this space as we will update you with all of the latest information as it comes in.