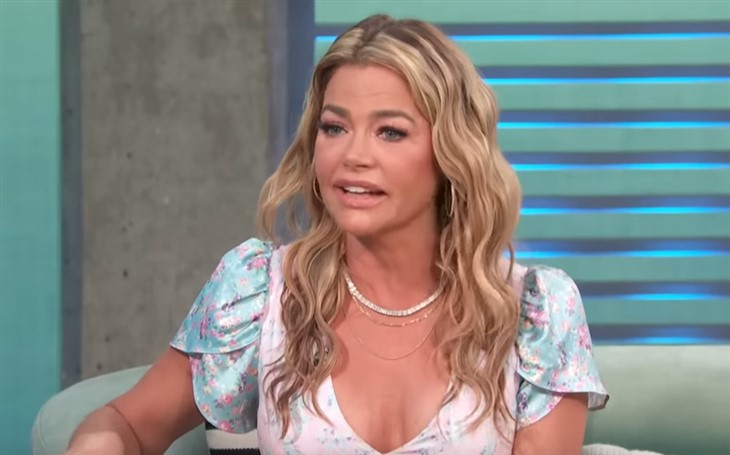 The Bold And The Beautiful fan favorite Denise Richards always makes time for her daughters. And recently, the actress faced a challenge when one of her girls, Sami, wanted to create an OnlyFans page. But after Denise agreed, she never spilled on how she feels about Sami’s creation.

And so some want to know. Does the Bold And The Beautiful star keep watch over her daughter’s OnlyFans posts? Find out the answer below.

The Bold And The Beautiful star Denise Richards knows how to cope with public opinion. As a result, the actress stayed calm over the chaos caused when Sami, 18, joined OnlyFans. And she even stayed cool when her ex husband Charlie Sheen added to the noise. Denise went even further, signing up for OnlyFans herself to support her daughter. And Richards shared that she feels empathy for her teenager, reported Yahoo.

“Being a woman in this business, who has also done sexy roles, I thought, ‘I am going to do it too. I don’t care.’ I think it’s important as a woman to do what we want to do,” noted the Bold And The Beautiful star. And Denise explained that she refuses to make her decisions based on fear of feeling “judged on what other people may think or say.”

In addition to Sami, Denise parents 17-year-old Lola Sheen and 11-year-old Eloise Richards. But the Bold And The Beautiful star admitted that it can seem “very difficult when you are children of parents who are in the public eye for the kids to find their identity.” And she pointed out, “I didn’t grow up that way.” The actress recognizes that her daughters will grow up “very differently” than kids raised outside of the entertainment industry.

As a result of all these factors, Denise debated about overseeing Sami’s OnlyFans page. But in the end, the Bold And The Beautiful star decided to trust her teenager. And Richards shared, “I don’t go on my daughter’s page.” However, the actress admitted that she gets plenty of input from others. “From what I’ve been told, she keeps it very tasteful,” added Denise.

However, Richards does seek to provide her daughters with wisdom based on her own experience. For instance, the Bold And The Beautiful star advises her children to avoid all those social media comments. “Whether it is OnlyFans or any social media, I encourage my daughters to block out the noise and to not read a lot of stuff,” shared Denise. “It’s hard for me as a grown woman, who’s been in this industry for as many years as I have, to block out negativity. At their age, it’s very hard.”

Tell us what you think. Do you feel that Denise Richards made the right decision to steer clear of her daughter Sami’s OnlyFans page? And after you share your views, check back on our site for more news about The Bold And The Beautiful!