In The NewsRoyal Family 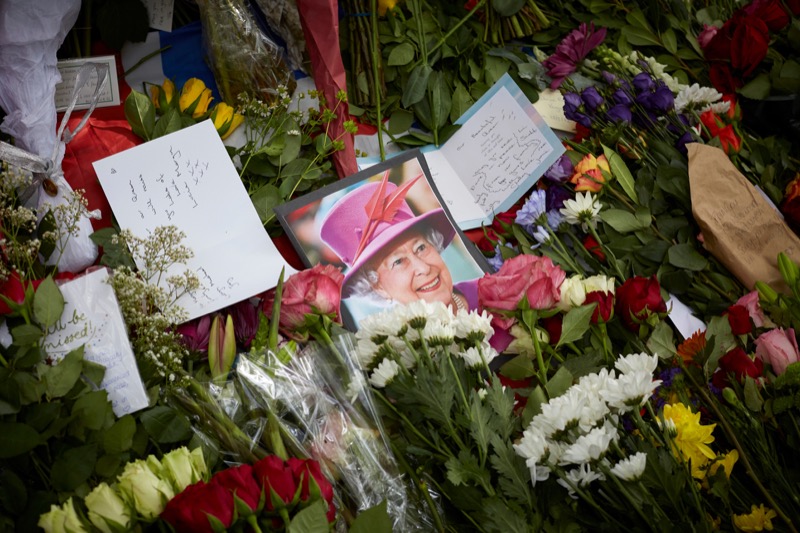 Queen Elizabeth died on September 8 and Q supporters already had some dire tin hat theories about the significance of the date. Even her funeral date was attributed to mystical numbers which apparently point to a mysterious person or event saving the world from itself. So, it didn’t help that a German politician talked about some dire event that will happen on September 24, 2022. Here are some of the more bizarre theories that emerge on social media platforms.

On Telegram and in the nether regions of the internet, some rather bizarre theories claim that the monarch was a Reptilian alien and/or involved in a satanic child-eating cult. Other theories claim that it’s all about Donald Trump and fortune favors a triumphant return to claim his so-called rightful leadership of the country. Of course, her majesty had to die first. Anyway, that’s a rabbit hole where clearly, the theorists seem unaware of how weird they sound.

Shortly ahead of the death of Queen Elizabeth, something said by a German politician trended. Of course, it all tied in with other bizarre theories about the pandemic, the elections, the new sightings of UFOs, and a reported solar flare over Africa. Clearly, folks can stop worrying whether Jessa Seewald from “Counting On” is financially irresponsible or not. That’s because September 24 approaches, and perhaps it finally brings “The Walking Dead” to life with a Zombie outbreak.

Whilst most of the world was watching the traditional displays of the British Monarchy, and picking sides with Prince Harry or King Charles III, German politician, Friedrich Merz still trended. That came after he addressed their version of parliament or congress. He said, “This 24th of September will remain in our memories. In the future we’ll say ‘I remember where I was on that day.” On Reddit, other mentions, like recruitment for films about casualty exercises were factored into the theories.

Queen Elizabeth died, the German said something cryptic and scary, and folks across the world wonder what it all meant. One post on Reddit said, “I pray it’s walking dead zombies and not the runners because we have zero chance with runners like imma just end it quick if that’s the case lol maybe get some good weed and…some liquor and turn it up.”

Meanwhile, on Twitter, folk discussed that “The Simspons” had protected many things. Actually, the show predicted that the monarch would pass away in 2022. So, they wondered if Homer had noticed that September 24 would bring a dire event to the world. Yes, he did. In Season 24, Episode 9. So, that nailed it for a lot of people. The episode revealed a blackout, apocalyptic situations, and cosmic events.

On top of the German politician saying what he said about September 24, and Queen Elizabeth passing away, a solar flare event was reported. The Sun notes that this only increased the bizarre theories on social media. The outlet cited theories that the aliens are coming, and a Zombie outbreak is imminent. One person they quoted said, “I’m probably watching too many TikTok videos but for the first time in my life I’m thinking of prepper shopping before September 24.”

There have been doomsday theories in the past, and like the previous ones, some folks look to the book of Revelations in the bible. But, even the bible says that nobody knows the date of the apocalypse. If nothing dire happens, well, it can be laid at the feet of the politician who apparently referred to the Russian war with Ukraine. Or, some tin hat theorist will justify our continuing existence by adding up numbers to come to the conclusion that it will happen on some other day: maybe, the day JFK miraculously surfaces alive, holding Lady Di’s hand.

Be sure to catch up on everything happening with The Royal Family right now. Come back here often for everything interesting in the news.