B&B Spoilers: When Do Finn and Steffy Reunite? Find Out Here 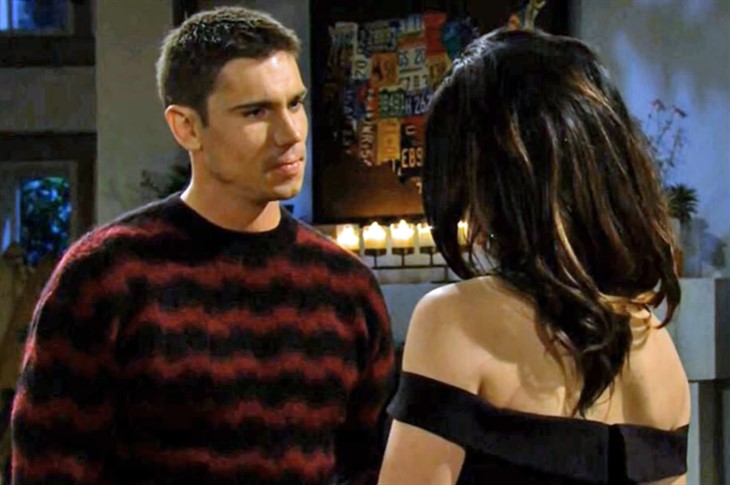 The Bold And The Beautiful Spoilers – Steffy Forrester Finnegan’s Grief

Meanwhile, Steffy has taken Kelly Spencer (Sophia Paras McKinlay) and Hayes Forrester Finnegan (Piper Harriot) to Europe with her. While abroad, Steffy is trying to move on from Finn. Steffy is also getting grief counseling.

Li even went as far as to forge Finn’s death certificate. Despite the doctor not wanting to go to prison for her medical crimes, she was willing to do it to protect Finn from Sheila.

Unfortunately, Li will never get the chance to protect Finn or contact the police about Sheila. Li will also never be able to tell anyone that Finn is alive but still in a coma. Sheila made sure of that by chasing Li down in a car, which led to the doctor crashing. It is assumed that Li is dead as her car caught on fire, she went over a bridge and was submerged in the water.

The Bold And The Beautiful Spoilers – When Do ‘SINN’ Reunite?

The Bold and the Beautiful spoilers reveal that an insider shared that Finn and Steffy will reunite soon. Based on the current programming schedule, Steffy and Finn will be back together during the week of July 25. Of course, that could be pushed back if there are more preemptions.

Fans have already seen Finn open his eyes a few times. However, he always passed out shortly after fluttering his eyelids. Despite Finn no longer having a doctor to oversee his care, Sheila will keep him alive.

For a while, it seemed as if the writers were trying to redeem Sheila. After Sheila shooting Steffy and Finn, and now causing Li’s death, redemption seems impossible. In fact, a summer promo teased that Steffy will be coming for Sheila.

It sounds like there will be a major showdown. Steffy won’t just want Sheila in prison, she will want her dead. Will the showdown actually go that far, though?

Are you looking forward to Finn and Steffy’s reunion? What do you think will happen once Steffy finds out about Sheila’s latest actions? Share your thoughts and remember to keep watching the CBS soap to see what happens next.