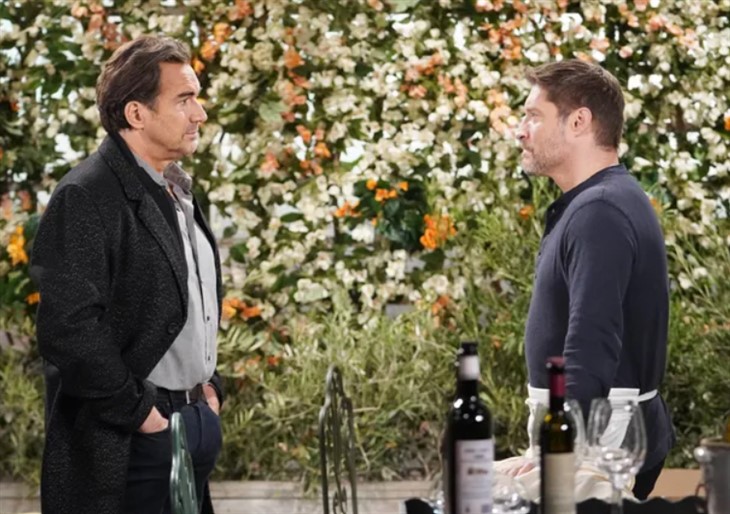 The Bold and the Beautiful (B&B) spoilers for Tuesday, February 1, 2022, reveal Ridge and Deacon going head to head in an explosive confrontation.

The Bold And The Beautiful Spoilers – Can Deacon Sharpe Keep Quiet?

So, when Ridge and Deacon run into one another and Ridge starts to lay into him, he still thinks his wife is innocent and hasn’t seen Deacon in ages. It’s up to Deacon to keep things hidden for Brooke’s sake and Ridge’s attitude certainly tempts him to blurt out what happened. However, he knows if he does that then things between him and Brooke and even him and Hope Logan Spencer (Annika Noelle) may never be the same again. However, if Ridge goes too far, will Deacon blow his top and blow Brooke’s secret?

Dr. Grace Buckingham (Cassandra Creech) has decided that Zende Forrester (Delon De Metz) is the man for her daughter and that is that. It doesn’t matter to her that Paris Buckingham (Diamond White) insists that she is not ready for marriage and definitely doesn’t want to settle down with just one person yet. After all, he is still young and has plenty of time.

However, Grace thinks the problem is Carter Walton (Lawrence Saint-Victor) and not her daughter’s desire to stay single and not commit. To that end, she pays a visit to Carter and warns him to stay away from Paris. He already tried to put the brakes on things with her, but Paris didn’t want to hear it, considering how attracted to him she is.

Carter tries telling Grace she has nothing to worry about, she doesn’t believe him and gives him an ominous warning to stay away from her daughter or else. Or else, what? Stay tuned to The Bold and the Beautiful weekdays to find out.

Days Of Our Lives Spoilers Tuesday, February 1: Ben Has A Major Surprise For Ciara