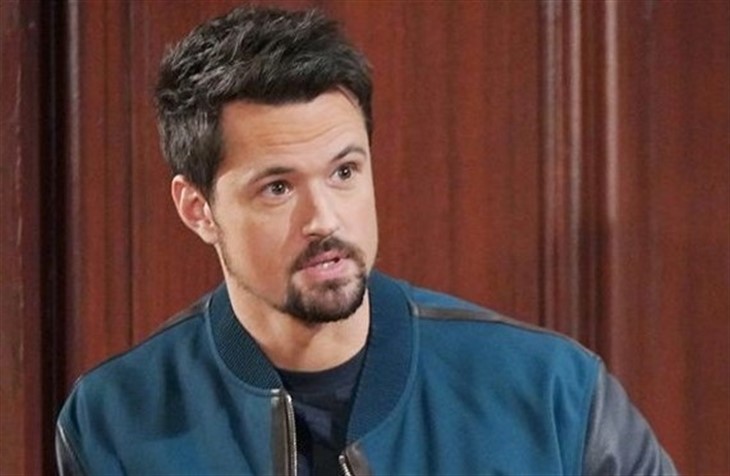 The Bold and the Beautiful spoilers document that Thomas Forrester (Matthew Atkinson) is not a threat to his son. But Brooke Logan Forrester (Katherine Kelly Lang) believes Thomas remains unstable and has not been shy about saying so to anyone who would listen, including Ridge Forrester (Thorsten Kaye).

Brooke specifically said that she might have to call the government about Thomas. She sees him as an unfit parent.

That threat shocked Ridge. So, it was no surprise that he recalled his eight-time wife making that passionate statement and called her on it.

Brooke’s immediate reaction was not what one would expect the responsible party to do. If she had made a report to child services, Brooke would have likely told Ridge she did so when he asked, if not before.

The demeanor of Lang’s character is important because if Brooke did not make the call, there are only a handful of other people who could have done so. Hope Spencer (Annika Noelle) is a possibility. But she has been resisting her mother’s accusations about Thomas’ behavior.

Liam Spencer (Scott Clifton) seems like the better option and potentially the most likely person to have reported Thomas. He does not trust Atkinson’s character and wants to protect Hope and by extension, Douglas Forrester (Django Ferri).

In Brooke’s mind, Douglas is not living a plush life on the other palatial estate his family owns. Rather than living in the rustic-like cabin, which is on Brooke’s magnificent property, he has been enjoying a great time at his great-grandfather’s mansion.

Eric Forrester’s (John McCook) estate is famous for a few reasons. Within the show, it is the home of the Forrester Creations’ patriarch. It is the site of many weddings and many other memorable events through the years. But the home has not been the house of horrors That Brooke imagines it to be for Douglas.

Hardcore soap fans also know that the outdoor shots of what is said to be the Forrester estate is the one-time home of B&B’s late co-creators, Bill Bell and his wife, Lee Phillip Bell. They also co-created sister show, The Young and the Restless. Their son, Bradley Bell, is B&B’s executive producer and head writer.

Steffy Forrester Finnegan (Jacqueline MacInnes Wood) continues to press her dad about Brooke, saying that his wife injects needless drama into his life. Ridge often sloughs off Steffy’s comments, believing them to reflect a bias toward her mother, Taylor Hayes (Krista Allen).

Whether Brooke made the call to the government or even if she did not, Ridge does not fully trust his wife. With that, fans are right to wonder if their current marriage will endure.