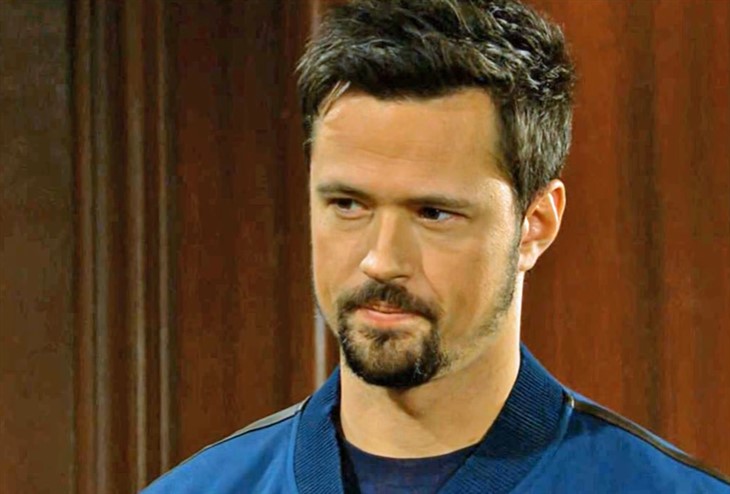 The Bold and the Beautiful spoilers reveal that Thomas Forrester (Matthew Atkinson) redeemed himself. Committed to becoming a decent man, the character went through a transformation. However, now he’s taking orders from Sheila Carter (Kimberlin Brown). What happened to the fearless Thomas? The actor explained Thomas’ transformation from a wolf to a sheepdog.

The Bold And The Beautiful Spoilers – Manipulations And Schemes

B&B spoilers reveal that for a long time, Thomas was a master manipulator and schemer. At one point, it seemed that Thomas was written into a corner and there was no way to fix the character. Thomas committed some heinous and unthinkable acts in his quest to win Hope Logan Spencer (Annika Noelle).

There were a few times when the writers tried to redeem Thomas. However, it wasn’t truly successful until Thomas had a chance to free Liam Spencer (Scott Clifton) from a prison sentence. It would have been the perfect opportunity for Thomas to swoop in on Hope.

However, Thomas discovered the truth about Vincent “Vinny” Walker’s (formerly played by Joe LoCicero) death and Justin Barber’s (Aaron D. Spears) scheme. Thomas went above and beyond to do the right thing.

The Bold And The Beautiful Spoilers – What Happened To Thomas Forrester?

The Bold and the Beautiful spoilers reveal that Thomas learned the truth about Brooke Logan Forrester’s (Katherine Kelly Lang) relapse. Thomas had a chance to prove that he had really changed. Thomas could have simply told everyone the truth. Instead, he wimped out and keeps obeying Sheila’s orders.

Fans are asking what the heck happened to the real Thomas. It seems that actor Matthew Atkinson is thinking the same thing.

Speaking to Soap Opera Digest, Atkinson explained that Thomas used to be a wolf but is now just a sheepdog. The actor also said that Thomas wishes he told Ridge Forrester (Thorsten Kaye) the truth from the beginning.

“Thomas used to be a wolf and he’s become a sheepdog. Now, you’ve got two people on edge, and both have histories of evil behavior, so you can imagine what might happen.”

The Bold And The Beautiful Spoilers – Fixing A Terrible Mistake

Will Thomas try to atone for his secret pact with Sheila by doing the unthinkable? Will Thomas not only expose Sheila but kill her? After all, Thomas was close with John “Finn” Finnegan (Tanner Novlan) and Steffy Forrester Finnegan (Jacqueline MacInnes Wood) is in a coma.

With Sheila bonding with Taylor Hayes (Krista Allen), Thomas might go to extremes to try and fix his mistake. We will have to keep watching the CBS soap to see if Thomas finally does the right thing, keeps quiet, or goes too far to correct his mistake.