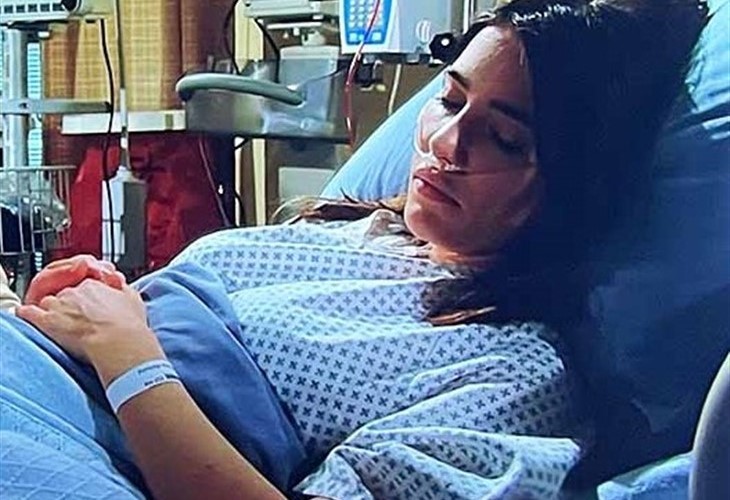 The Bold and the Beautiful (B&B) spoilers reveal that Steffy Forrester Finnegan (Jacqueline MacInnes Wood) is in a coma. However, that doesn’t mean she is unaware of her surroundings. Sheila Carter (Kimberlin Brown) sneaks into Steffy’s hospital room. When she does, Steffy’s heart and pulse could race, causing the monitors’ alarms to go off.

The Bold And The Beautiful Spoilers – Steffy Forrester Finnegan’s Coma

B&B spoilers reveal that Sheila thought she killed both Steffy and John “Finn” Finnegan (Tanner Novlan). When Deacon Sharpe (Sean Kanan) told Sheila that Steffy was alive, the villain immediately rushed to the hospital. Sheila should have known her presence wasn’t wanted or needed.

However, Sheila wasn’t there to support the Forrester family. Sheila wanted to analyze the situation to see if she was about to be exposed. Even though Steffy is in a coma, Sheila knows that her daughter-in-law could wake up at any time.

There has been a lot of talk by the characters about the machines and monitors. The machines are keeping Steffy alive while the monitors will sound an alarm if anything changes. Bridget Forrester (Ashley Jones) tries everything to save Steffy’s life. However, Bridget eventually admits that none of the traditional medical interventions are improving Steffy’s condition.

Those that ever had a loved one in a coma know that unconscious doesn’t mean unaware. Some patients wake up from a coma and remember feeling a loved one’s presence, hearing their voice, or sensing their touch. So, Steffy might be aware of when a sinister threat is close to her.

The Bold And The Beautiful Spoilers – Sheila Carter Sneaks In

The Bold and the Beautiful spoilers reveal that Sheila sneaks into Steffy’s hospital room. Sheila knows that if Steffy wakes up, she won’t hesitate to tell everyone who killed Finn and put her in a coma. Sheila will do anything to make sure that doesn’t happen. Based on Sheila’s history and mental state, it’s clear that she will try to eliminate the only living witness.

When Sheila approaches Steffy, the patient will likely feel the villain’s presence or recognize her voice. Although Steffy will be unable to open her eyes, the monitors will reveal exactly how she feels.

Steffy’s heart will race, her pulse will speed up, and her blood pressure will skyrocket. This will cause the monitor alarms to start blaring. That will get the attention of everyone in the hospital. Fearing the worst, everyone will come rushing to Steffy’s hospital room to see what is happening.

Will Sheila slip away before anyone catches her in Steffy’s room? Will Sheila have to produce a fast answer to what she is doing in there? This very well could be the reason Sheila attempts suicide during the week of April 11. If Sheila feels there is no way out, she might rather die than go back to prison.