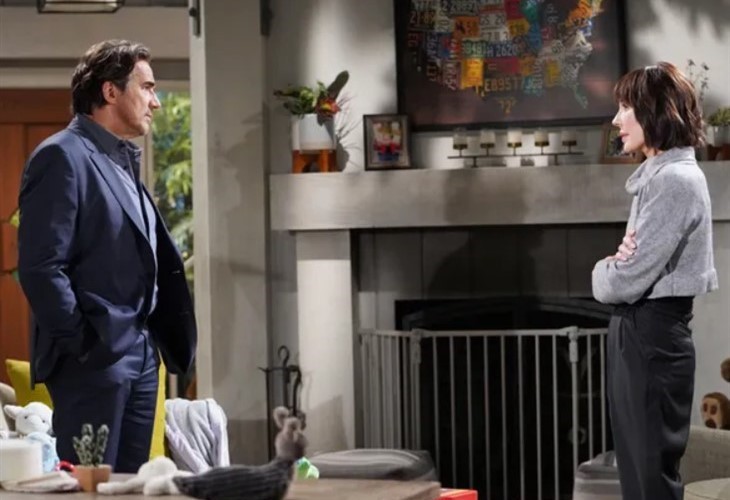 The Bold And The Beautiful Spoilers – Ridge Forrester May Have Had Built-Up Anger But Seriously Set Out To Kill Deacon Sharpe!

Ridge may have had some built-up anger, but anyone could tell that he had murderous intentions towards Deacon when he went to hunt him down! To say that Ridge over-reacted may not be appropriate but to continue to bash his head into the wall, throw a glass vase at him and continue to kick him when he was down on the floor was clearly assault! Deacon would be well within his rights to press criminal charges against Ridge and Brooke Forrester, (Katherine Kelly Lang) who broke it up would back him up as a witness in court if it came to that!

Ridge’s angry outbursts don’t always come after pent-up anger at a particular person – Ridge very frequently blows a cork at situations that he shouldn’t react in that way; situations and people that he cannot control! Viewers of The Bold and The Beautiful who have ever had to deal with a control freak, especially an angry control freak recognize those issues in Ridge!

Viewers of The Bold and The Beautiful will see Taylor realize that Ridge’s anger is out of control, and he needs to be taught to manage his anger – managing one’s anger in constructive ways is in itself a form of control! Viewers of The Bold and The Beautiful also know that living one’s life like a pot that constantly boils over isn’t a good way to live – it causes many health issues such as ulcers and high blood pressure.

There are ways to handle overwhelming anger that don’t cause harm to either the angry person or the person they are angry at, and they also work to relieve stress and they’re relatively easy. Taylor knows that Ridge won’t count to ten before he spouts off at someone or keep a journal of his feelings, but his friend in Genoa City has the right idea – Victor Newman (Eric Braeden) takes it out on a punching bag! Ridge already has the moves to learn to box, as long as he’s not boxing at people and using them as punching bags!

B&B spoilers indicate Taylor will make some suggestions but she won’t push Ridge into anger management therapy, at least not overtly – she’ll approach the matter gently, reminding him that getting so worked up isn’t good for his health. Ridge’s whole personality seems to be that of a bully at times, but Taylor has known him many years and he hasn’t always been like that, out of control and boiling over with anger!

Ridge has not always been like he is now – even though he had plenty of reasons to be mad he was under control! Surely Taylor has never seen him like this, and this prompts her concern for his mental and emotional health; she may suggest he tries working out frustrations on a punching bag, it would both relieve stress and maybe even be fun!