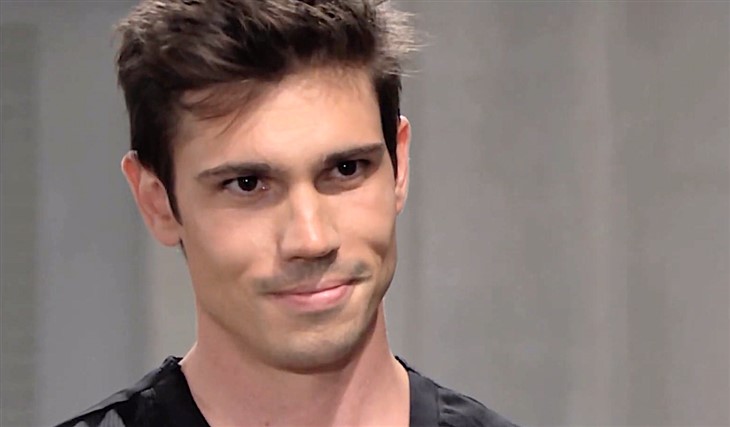 The Bold And The Beautiful Spoilers – Brad Bell’s Call

The Bold And The Beautiful’s Tanner was shocked to learn that his character was being killed off. Tanner says Brad called him and told him where the character was going. Tanner was surprised because of the number of fans that Finn and Steffy Forrester (Jacqueline MacInnes Wood) have.

Tanner says that his co-star, Jacqui, was equally stunned by this announcement. Tanner says he laughed it off saying that was the point. The number of fans the couple had certainly made for more drama if nothing else. Now that Finn is dead and Steffy’s life hangs in the balance, Steffy’s loved ones are begging her to stay. Will Steffy survive this shooting? Will Finn fans soon forget that he was even a part of Steffy’s life?

B&B Spoilers – No One Saw This Coming

The Bold And The Beautiful’s Tanner says no one saw this coming. However, fans picked up on the clues long before this announcement was made. When a character is about to be killed off, hints are usually dropped where they are meant to be or not. The soap opera kiss of death is often being called someone’s soulmate and talking about how many years you have ahead of you. Subtle clues are usually there for the seasoned soap opera fan to pick up on. However, Finn being killed by his birthmother was just cruel at every turn.

The Bold And The Beautiful – Tanner Novlan’s Favorite Scenes

The Bold And The Beautiful spoilers show Tanner says that one of his favorite scenes was when Finn learned that his father had lied to him for his entire life. Tanner also loved the background with Sheila Carter (Kimberlin Brown) coming out was an awesome story as well. Tanner mentions the sexual chemistry between himself and Jacqui as Finn and Steffy. Tanner admits that he is open to moving to another soap because he likes the pace of soaps. Will he pops up on another soap soon?

Novlan is thrilled that he has been accepted into the soap world so easily. Novlan was been recognized as one of the hottest men on daytime tv. Tanner believes that the Liam/Steffy/Finn storyline provided the fans with something they had been looking for. Now that Finn is gone, will Hayes’ paternity be rewritten? Will Finn fade into a dream as Tanner’s exit becomes an old memory?

General Hospital Spoilers: What Does Selina Have On Britt?