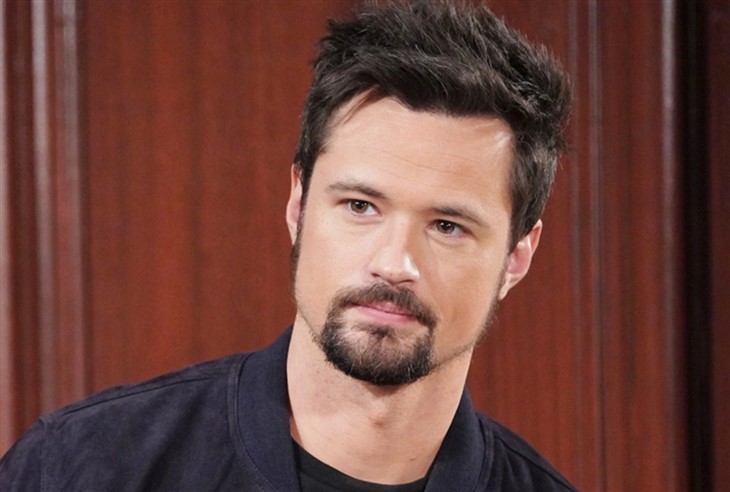 The Bold and the Beautiful spoilers for August 15-19, 2022, reveal two of the Forrester men making some big decisions about their lives.

After telling Hope Logan Spencer (Annika Noelle) of his intentions of having Douglas Forrester live with him, Thomas Forrester (Matthew Atkinson) figures he has to find them a brand-new place to live — or at least an old place. So, Eric Forrester (John McCook) agrees to let his grandson move back in and bring Douglas with him. Great, he’s all set. Well, not so fast.

Hope certainly doesn’t want to give Douglas up. After all, she has been raising him just fine the last few years and there is no reason to change that, at least in Hope’s mind. She was perfectly justified in coercing Thoams into giving her parental rights, again, at least in Hope’s mind. Thomas is going to have to disagree and this is going to get ugly.

B&B Spoilers – Does Guilt Get To Ridge Forrester?

Whether he feels guilty or he wants to get ahead of the story like some public officials tend to do, Ridge Forrester (Thorsten Kaye) decides to just tell Brooke Logan Forrester (Katherine Kelly Lang) that he kissed Taylor Hayes (Krista Allen) while they were in Monte Carlo. He needed to unburden himself after thinking about Taylor and that kiss so much.

Brooke just knew there was something wrong and is heartbroken when Ridge tells her the truth. However, this is better than when she told that lie about Deacon Sharpe (Sean Kanan) and New Year’s Eve at the beginning of the year. At least Ridge is coming right out and saying something and not waiting months, along with gaslighting a child to believe he didn’t see what he knew he saw.

While Ridge is busy spilling his guts to Brooke, Steffy Forrester (Jacqueline MacInnes Wood) is doling out advice to her mother. She wants Taylor to just go for it with Ridge. Stop playing around and letting Brooke win all the time. It’s high time that Taylor took charge of her life just like Thomas is taking charge of his own life. Stay tuned to the Bold and the Beautiful weekdays to see how these stories play out.