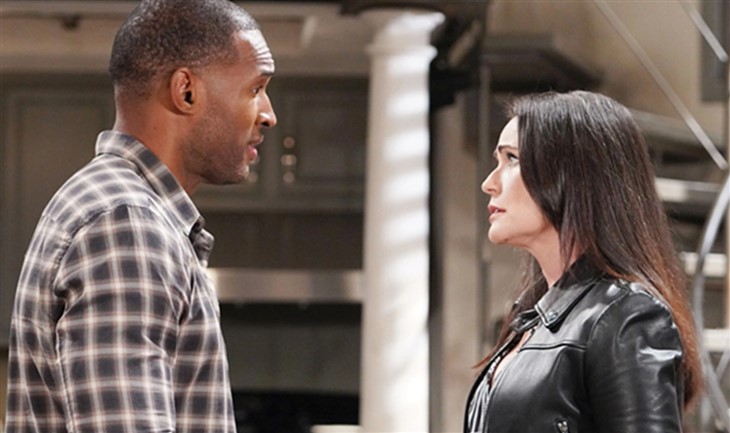 The Bold and the Beautiful (B&B) spoilers reveal that recently it looked like Carter Walton (Lawrence Saint-Victor) would finally get to be the man getting married instead of the man officiating everyone else’s weddings.

Carter has been the go-to guy for most of the weddings on CBS’s The Bold and the Beautiful so when he proposed to Paris Buckingham (Diamond White) it looked like the tide had changed—at the very least he was standing in the groom’s spot at the alter!

The Bold And The Beautiful Spoilers – Will Carter Walton Finally Get Married?

Alas, the dream was a short one as his ceremony was cut short. Instead of marrying Paris, Carter’s dream woman ran into the church, mascara running down her cheeks, and everything came to a standstill.

So while Paris was rejected, Quinn Fuller (Rena Sofer) now has the chance to marry Carter. Is this a good idea though? Let’s unpack the pros and cons of Carter Walton putting a ring on it with Quinn.

Perhaps these two impulsive lovebirds should wait a hot minute and figure out their complicated love life? Quinn needs to get a divorce from Eric Forrester (John McCook) first!

B&B spoilers – Should Quarter Get Married?

Speaking of Eric, Quarter hooked up behind his back and they were propelled by illicit passion. How do they know if they have what it takes to go the long haul? Maybe they are in lust and not in love?

There is also the little matter of how Carter played Paris. Maybe Quarter should give the girl a little dignity and not rush into a marriage so soon after he left her at the altar? Just saying.

Then again, the course of true love is never ending but also can be complicated, so why should Carter and Quinn wait? What do you think B&B fans, should Quarter throw caution to the wind and go for it, making their love legal?

Life is short after all, is there a good reason for these two bold and beautiful people put off their happiness and commitment? Or are you all for these two young and restless people hooking up and making it official? Tell us what you think Quarter should do next B&B fans!